Departure Time from Thessaloniki to Alexandroupoli at 09:00
Returns to original Pick up point at 19:00 (approx.)

Alexandroupoli, The lighthouse, Alexandroupoli’s emblem, welcomes visitors from Asia to their first city in Europe.

The capital of the prefecture is a modern tourist town with many hotels, countless restaurants, cafés and a major trading center. The city was just 30 km away from the Greek-Turkish border, 310 km from Thessaloniki and is accessible by road, air, and train. The major attractions are the Lighthouse beach, the Cathedral of Saint Nicholas and the building of Zarifeia Academy. Alexandroupolis is a modern city and can offer all the amenities to visitors and fulfill all their wishes, attracting the attention of those seeking emerging and cosmopolitan destinations, while it is also an ideal place for family holidays. On summer evenings the heart of the city beats on the road by the sea which sidewalks attract thousands of people.

What we can see in Alexandroupoli

Ecclesiastical Museum of Alexandroupolis
The Ecclesiastical Museum of the Holy Metropolis of Alexandroupolis housed in “Leontarideio Urban School Boys” in the courtyard of the Metropolitan Church of St. Nicholas. The museum was founded in 1975 by the Bishop of Alexandroupolis and Thessaloniki now Messrs. Anthimos. Originally housed in two halls of the Cultural Center of the Metropolis, alongside the cathedral of St. Nicholas. In 1982 the collection, enriched in the meantime and other relics transferred to Leontarideio School, a listed monument since 1978. In the halls of the museum houses the religious history of the place and you can admire Byzantine sculptures, temples, vestments, and utensils very old ecclesiastical books.

Ethnological Museum of Alexandroupolis
The Ethnological Museum of Thrace was established to preserve historical memory in the wider geographical region of Thrace. Housed in a stone mansion built in 1899, in Alexandroupolis, on 14 May 63 avenue. Operating since October 2002 and is a self-funded project. Sponsored in part by the Niarchos Foundation and the Ministry of Culture. The Ethnological Museum of Thrace is a living place of acquaintance with the folk culture of Thrace, linking tradition and knowledge contained in it, with the reflection of modern society. Its rooms hosted local costumes, utensils, tools and handiwork of Thrace dating from the relatively recent history. In space has also installed a system with which you can search persons who have been uprooted from eastern Thrace and settled in villages in the prefecture of Evros in the early 20th century.

Lighthouse of Alexandroupoli
Alexandroupolis is the capital of the prefecture of Evros and one of the most important ports and trade of northeastern Greece. The symbol of the city and the starting point of the visitors, is the French architecture Lighthouse of Alexandroupolis, which overlooks the road along the coast. The lighthouse is composed of a cylindrical tower with a wide base, from assembled stones, on top of which was placed a beacon – a cresset. It was built in 1880 by the French Society of Lighthouses and Lanterns – “Administration Generale des Phares de l` Empire Ottoman”. It was immediately linked with the history of the city, as is was built to meet the needs of the increased shipping traffic that brought the creation of the Railway Station in 1870. Besides, the construction of the railway and the port played a key role in the establishment and development of Alexandroupolis. Also worth visiting is the old train station of the city, known as “Galliko” (“French”), one of the first buildings of the Dedeagatch, as Alexandroupolis was formely named. Other worth mentioning buildings or places that serve the function of the railroad in the past, was the Enotikos Station in Egnatia Park, which was destroyed after the bombing in 1915, the old passengers’ space station in the current KA.P.I, Military Station at Rhodes Street, which currently works as a kindergarten, as well as the customs warehouses in the port and many other.

Archaeological Site Zone Messimvria
Messemvria-Zone, a colony of Samothraki the late 7th century BC, initially served the needs of the diocese in agricultural products and commercial communication with the Thracian tribes of the hinterland. But the original rural character passed almost early – in the 6th century B.C. – in a second place, as well as trading and maritime movement of goods proved to be very safe and profitable. So the city developed quickly to an important commercial center and was highly developed during the 5th and 4th century B.C. The financial health of the city reveals the amount of two coins, established for the contribution to the fund of the First Athenian Alliance. But the penetration of Athenian power in the region, the imposition to the colonies of Samothraki a rather heavy burden of tax and possibly events that are missing completely written historical evidence, led to the gradual decline. According to some testimonies, Aesop, the great storytellers of antiquity had originated from this city. The archaeological site of Messimvria are remnants of the Sanctuary of Dimitra and the Temple of Apollo. On the west side lies the main part of town, where among other buildings, there are two public buildings, but also an impressive location where dozens of traditional earthenware jars kept. The site is open for visiting every day 8:30 to 15:00. 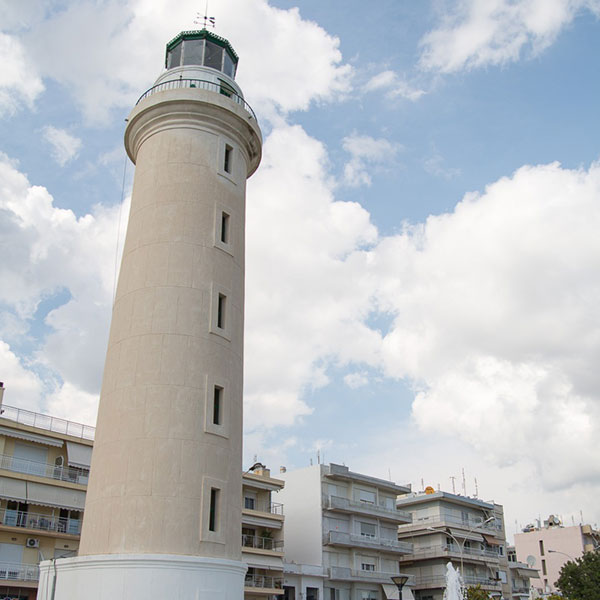