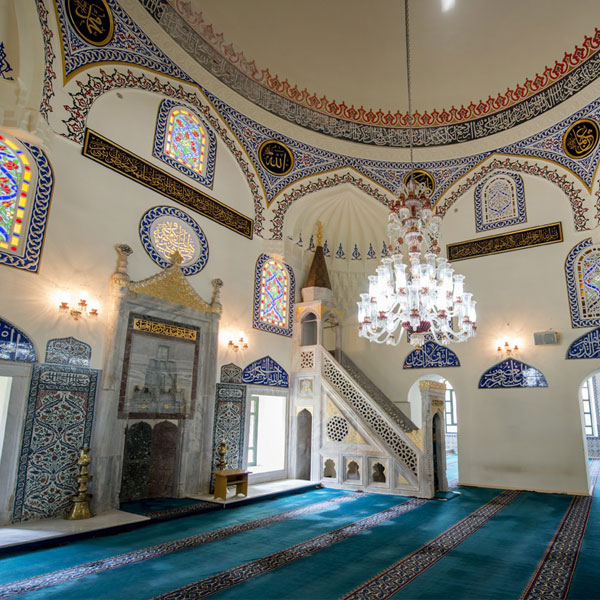 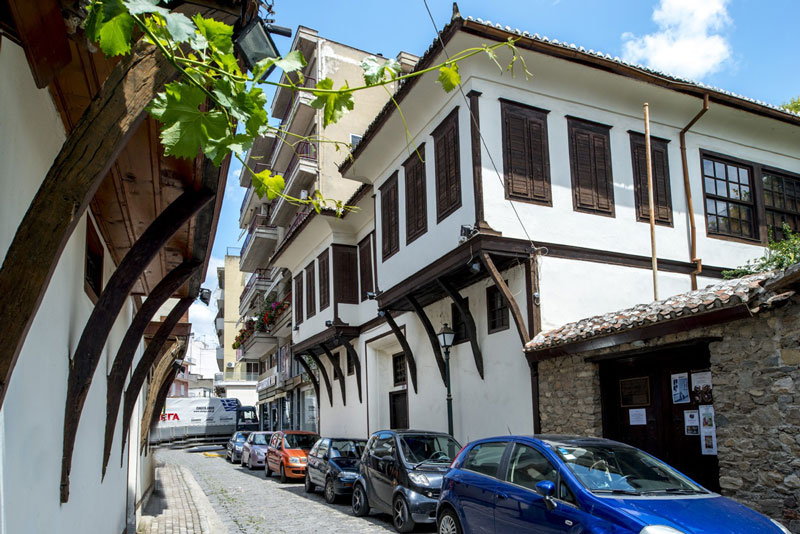 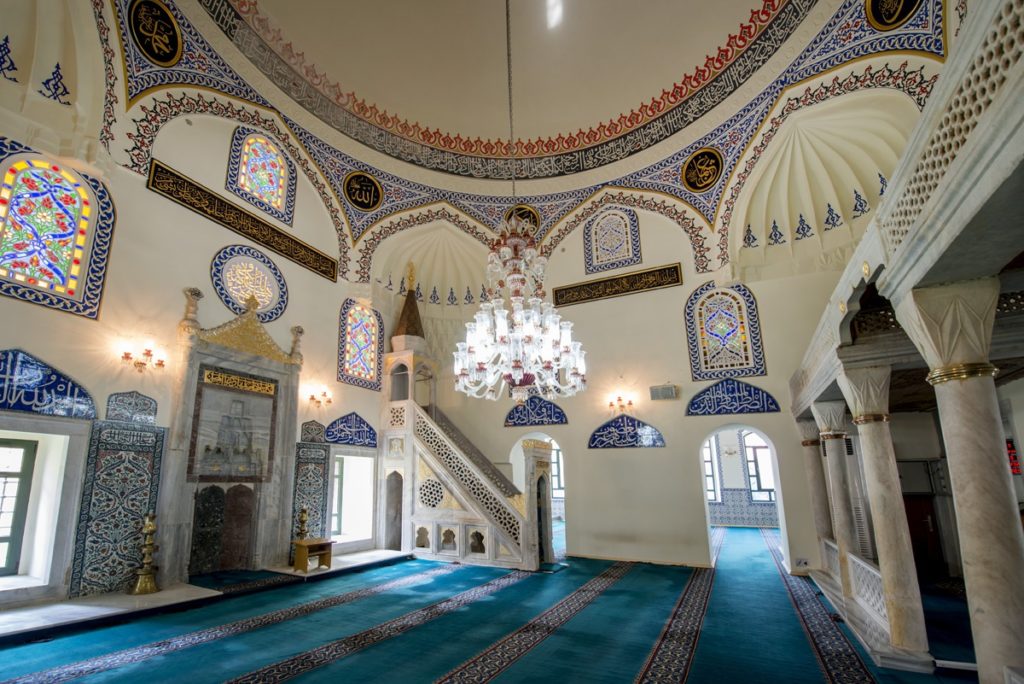 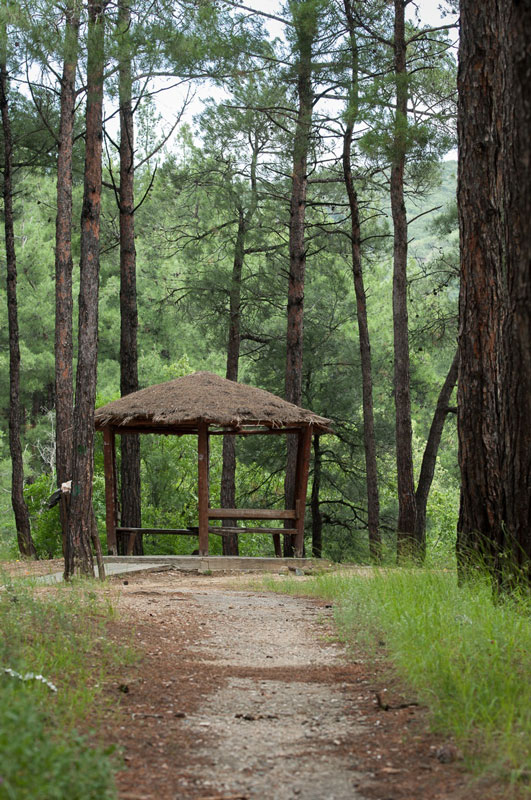 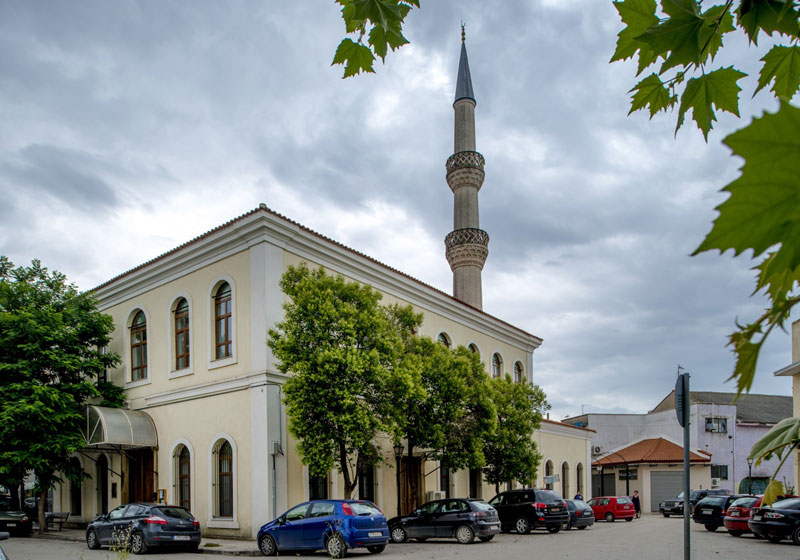 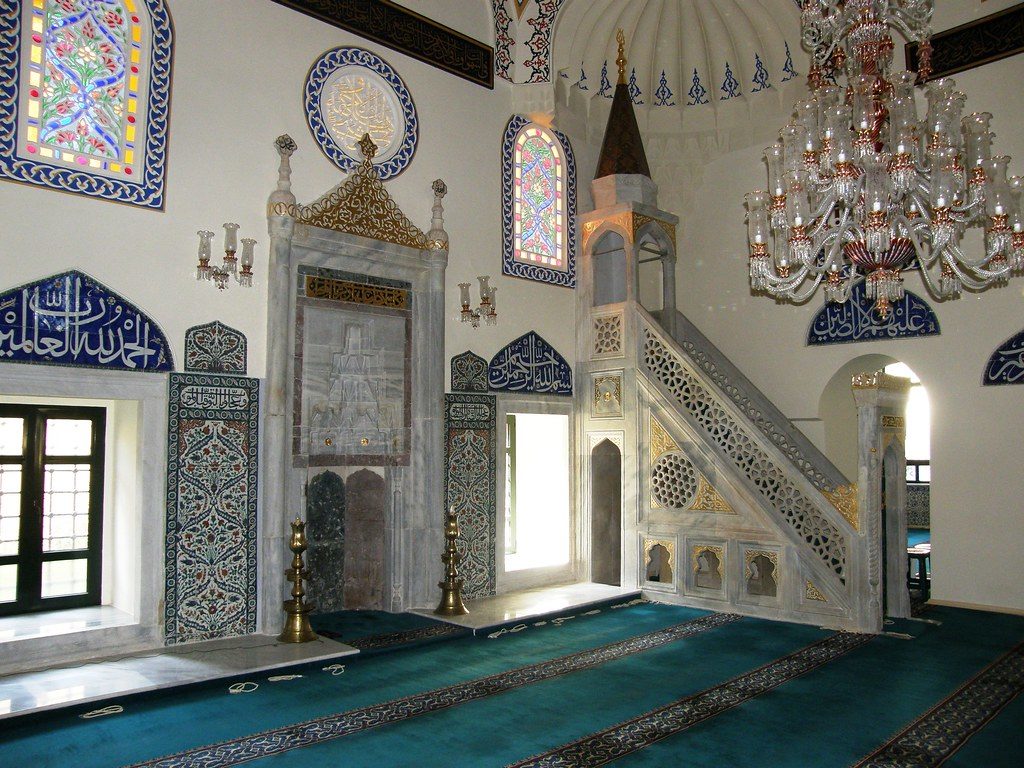 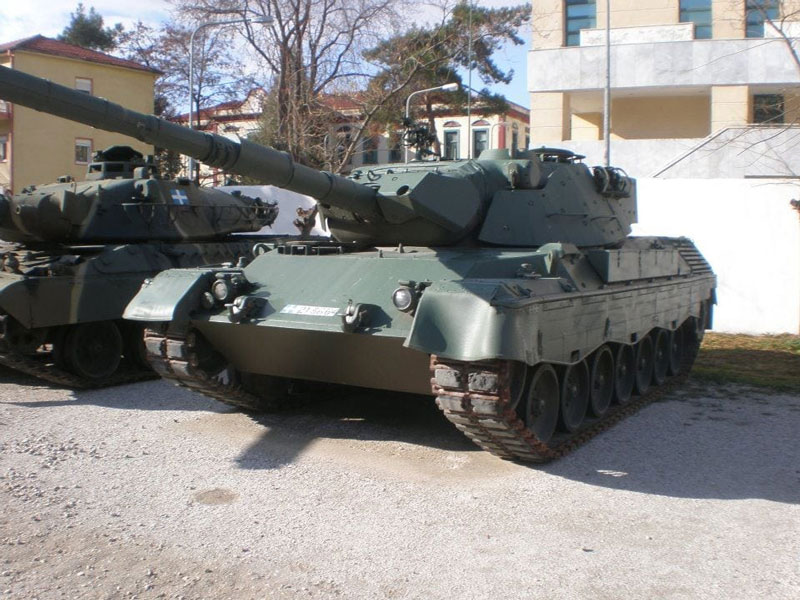 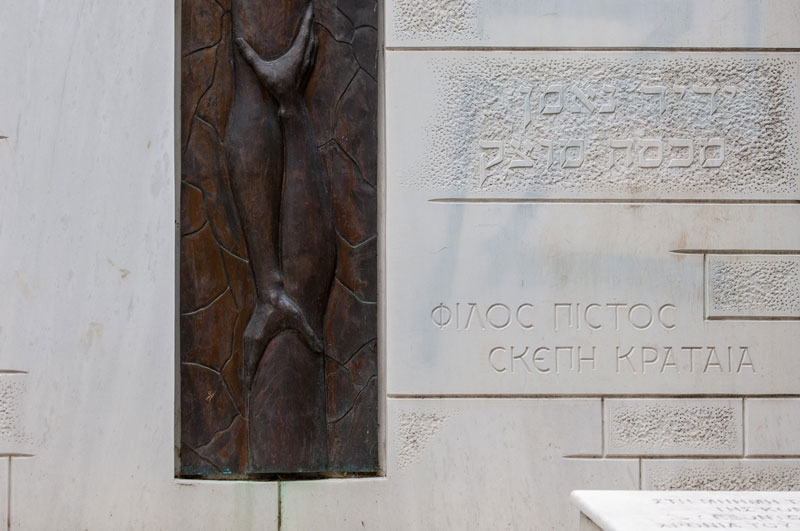 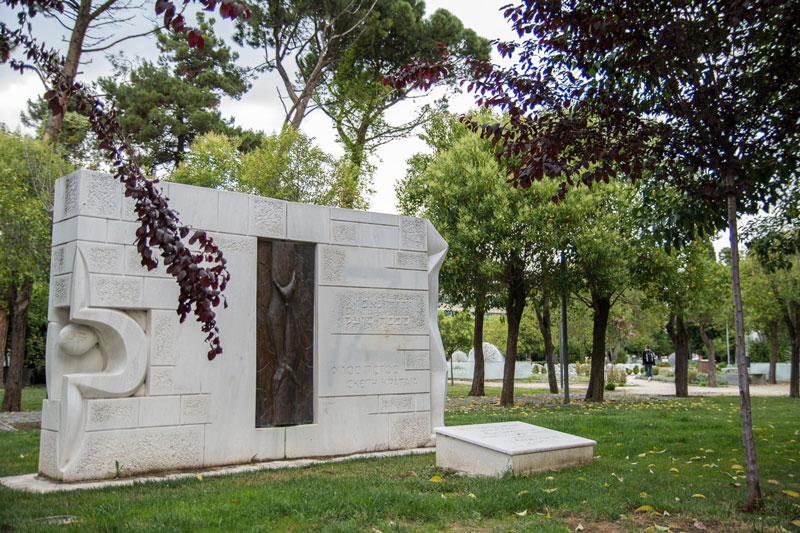 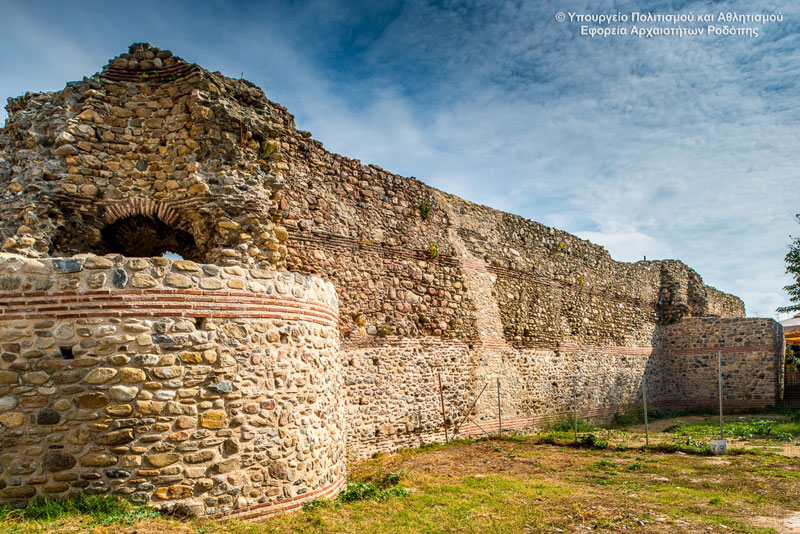 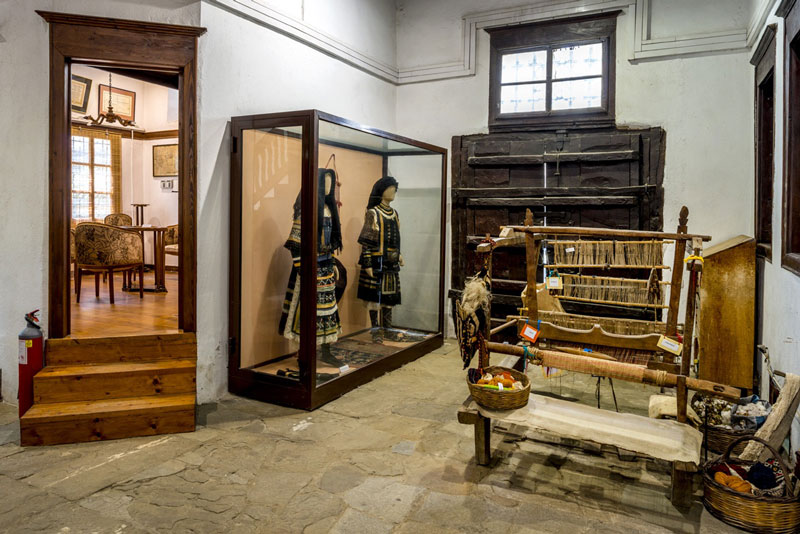 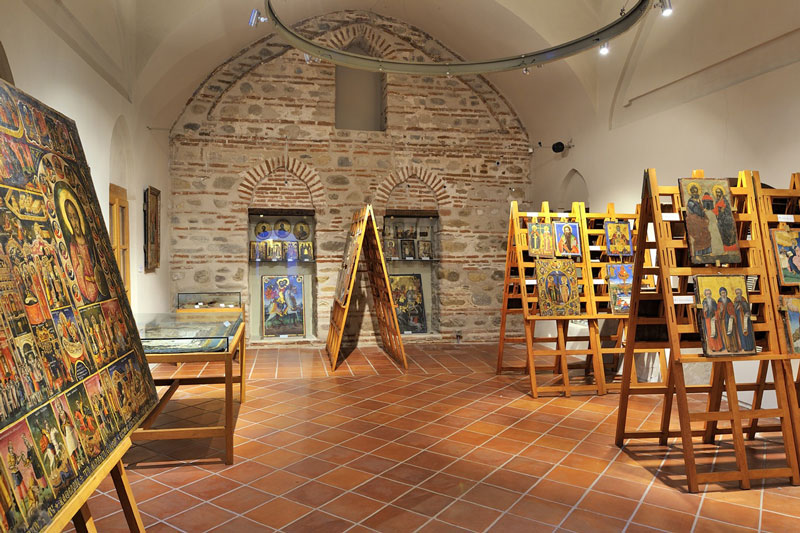 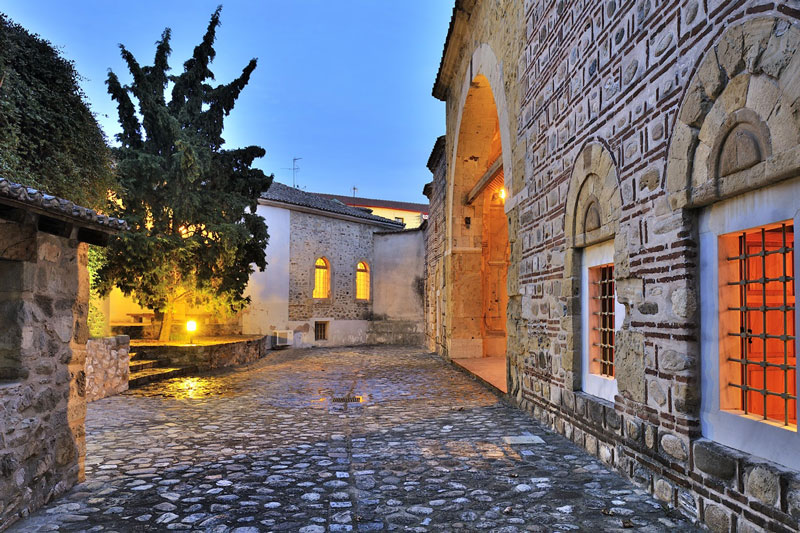 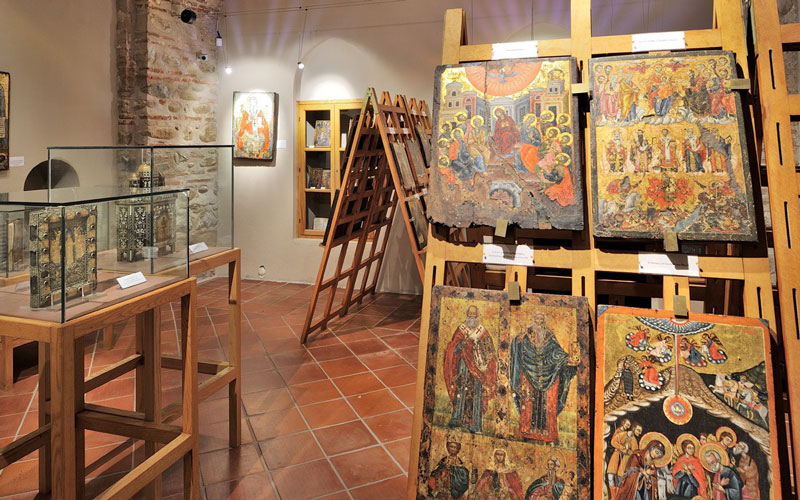 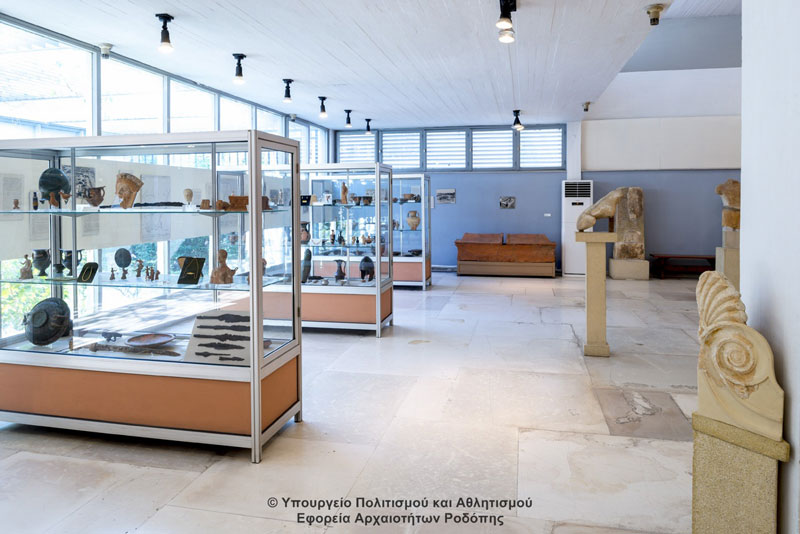 Departure Time from Thessaloniki to Komotini at 09:00
Returns to original Pick up point at 19:00 (approx.)

Komotini is currently located in the north central plains of the region to a draft of the valley at an altitude of 36 to 48 meters from the sea and it has a population of approximately 70,000 residents, while daily, the city serves over 100,000.

It is the capital of the Rhodope region, hydra of Eastern Macedonia & Thrace region and the distance from the Greek-Turkish border is 94 km, 22 km from the Greek-Bulgarian borders(borderline station of Nymphaea / Makaza), 242km of Thessaloniki, 724km from Athens and 25km from the sea. Democritus University of Thrace, with Komotini as its administrative office, currently has approximately 10,000 students. In Komotini the university is housed in a complex inside the city, as well as buildings on campus 3mm on the Northwest, along the lines of CAMPUS and building complex at 7th km of National Road Komotini, Xanthi.
This city is ideal for walking and cycling (the average temperature 14.8 oC), through the pedestrian streets, organized network of cycle paths, and topography.
A city with a vibrant nightlife and friendly inhabitants, known for its variety of cuisine, the fragrant coffee, the syrupy sweets, donuts and the soutzouk of the chick peas.

What we can see in Komotini

Domaine Kikones
Domaine Kikones is a boutique winery producing 40.000 bottles per year from 10ha privately owned vineyards in Maroneia. The winery is open for free tours and tastings all days of the week under appointment. Kikones was the ancient tribe that lived in the region and made wine 2500 years ago. They are referred by Homer in both of his epic poems.
Opening Hours: Mon – Thu: 09:00 – 16:00 | Fri: 09:00 – 14:00

Clock Tower
The Clock Tower was built in 1884, the era of Sultan Abdul Hamid B. In the decade of 1950 became architectural interventions and took its current form. Behind the tower rises the minaret of the mosque of Yeni Mosque from the balcony where the muezzin calls the faithful of Islam to prayer. In the courtyard housed the religious authority of Muslims Rhodope, the Mufti of Komotini. At the southwestern side of the assembly tower-mosque is the pedestrian shopping street of Ermou, while the NE side, the traditional square of Hephaestus, is heaving laboratories tinplate, known teneketzidika, giving a unique color in the market town that lies around.

Archaeological Museum of Komotini
The Archaeological Museum of Komotini inaugurated in 1976. Constructed building is a study of internationally acclaimed architect Aris Konstantinidis. His exhibitions cover the period from the Neolithic to the Byzantine period. The display occupies in chronological sequence, but the breakdown of local excavation sets. The aim of the exhibition was to present selected findings and representative of the major archaeological sites, which can offer to the visitor all the necessary information for the prehistory and history of the Aegean Thrace. All exhibits reveal the importance of the presence of the Greeks in the northern Aegean and the creative course of Greek art and Greek civilization in a remote, in antiquity, the area of the north. The most impressive exhibit, arguably, is the golden bust of Septimius Severus (193-211 AD), which kept fixed to the pole imaginiferi the Roman army. The main museum exhibition includes objects from prehistoric sites (Neolithic and Iron Age), from Greek colonies, holy, Roman settlements and cemeteries. The Archaeological Museum of Komotini is open to visitors from 08:30 until 15:00 daily.

Military museum of Komotini
The Military Museum, is located at the space oh the 21st Armoured Brigade, at Mouziopoulou Camp, Leoforos Heroes, Komotini. It offers modern means of self-guided tours while, it enables the visitors to wiew other military museums and historic battles.
Opening Hours:
Tuesday to Friday: 09: 00 – 14: 00
Wednesday: 17: 00 – 20: 00
Saturday-Sunday: 10: 00 – 13: 00
Free entrance

Folklore Museum of Komotini
The Folklore Museum of Komotini, owned in Educational Association of Komotini and operated since 1962. Since 1989 housed in the mansion of Peidis in St. George str. , which is a characteristic example of local traditional architecture and restored exemplary. Through its exhibits appears the live and beuaty of Thracian art of cities and countryside. The rich collection of objects spread out over two floors, the basement and the shed yard. Traditional costumes, embroidery, carvings, copper, wood, clay and silver, agricultural tools, implements traditional professions of art, household items collected very carefully, give embossed image of traditional Greek Thrace. Many of these, however, come from Eastern and Northern Thrace and of the memorable parts of Asia Minor. Special place have the personal relics of Archbishop of Athens Chrysanthos from Trabzon (born in Komotini), large icon of the 18th century depicting Christ, Panagia, St. Anne and the Prophets and silver reliquary of excellent art.
Daily (except public holidays), 10:00 – 13:00

The Collection of the Papanikolaou Foundation
Away from the eyes of visitors, the interest of scientists and the affection of the people of Komotini is left the Collection of the Museum of the Papanikolaou Foundation. This unique collection which have been gathered over years by the late notary Papanikolaou and is housed in its namesake building. The building, as it is known was built on the property donated by the Municipality of Komotini the charitable foundation called “Foundation – Family Zafiriou Nicholas Papanicolaou – notary of Komotini – Spiritual Centre – Museum – House of Arts of Komotini.” The building that houses the institution, alongside the Administration building of The Prefecture, is a two-storey building with basement. On the second floor, with an area of 886 square meters, are illustrated rare exhibits such as manuscripts on papyrus or parchment, pottery and artifacts first posted in the Byzantine period, within an impressive exhibition of 120 large glass showcases. On the first floor there is the amphitheater with a capacity of 420 seats. The exhibition also extended on the basement. On the same level there is the library and the laboratories of Christian hagiography and woodcarving. To visit the Museum you can do it so after getting in consultation with the Diocese of Komotini which manages the building.

Fortress and the Byzantine Wall of Komotini
The largest and oldest monument of the town. It was built around the 4th AD century for financial and military reasons since from here was passing Egnatia Str.The city of Komotini Fences the Emperor Theodosius I (379-395 AD) because it was considered as a point of strategic importance. From here went Egnatia Street and military-economic reasons the city was fortified by a wall built with stones. Had sixteen towers, of which twelve were rectangular and circular on the four corners. The height reached to 9.60 m He had two main entrances to the SW and SE side, and there were two smaller ones. Over the centuries and destruction of neighboring villages, thanks to the protection offered, it became an attraction for the people of the region. The wall remained intact until 1363. The Turks, during the invasion, destroyed part of the castle and built with its stones of mosques. The destructive work continued Bulgarians, who in 1910 demolished towers and a large section of the wall which was left. Today it remains a neglected monument, remembrance of the glorious past of the city.

Recreation Grove of Komotini
The grove of Komotini is the “green lung” of the city and it’s ideal for walking or jogging, biking, and game for children and adults. There are shaped areas with gazebos, tables, benches, paved paths, fountains, basketball, volleyball and tennis. The park crosses a paved road that leads to the historic Fort of Nymfaia. There is also a tourist kiosk where one can enjoy their favorite beverage or food, overlooking through the amphitheater the plain of the Rhodope, the town of Komotini, its suburbs and the Aegean Sea.

Jewish monument of Komotini
The monument was constructed in the mid-2000s and placed in the grove of Santa Paraskevi in the city center. The intention of the Municipality was to honor the approximately 1350 Jews of Komotini, victims of the Holocaust of the 2nd world war. The Jews of Komotini gathered unannounced on 4 March 1943 by the Bulgarian occupation authorities and transferred to the Danube port of Lom in Bulgaria. There were loaded into three barges from which one immediately sank, dragging the third Jewish Komotini to a watery grave. The rest were transported to Treblinka in Poland finding tragic death in the Nazi crematoria.

The Old Market of Komotini
The old market of Komotini presents a special interest. Bounded by the roads Orpheos, Syntagmatos Kritwn, Vas.Pavloy, Pl. Ifaistou, Kanari, Kilkis, Androutsou, Gravia, Xenophontos and Venizelou. The market dates back to the Ottoman era, and is included in a Hippodameios planning system with small streets and beautiful pergolas built by the Municipality of Komotini in the 1990s. A special characteristic is the extremely small area of the shops. Here you will find every kind of shop from antique stores local products, clothes, shoes to taverns and bars.

New Temenos (Yeni Mosque)
The mosque was founded in the late 16th century (1585) by master Ahmet who was head of the financial department of the Ottoman Empire during the reign of Sultan Murad III. The original building had a dome and five smaller ones. The inscription of 1902 located at the southern entrance informs us extensive renovations and expansions of the mosque. From the monumental entrance, one enters the prayer room of the mosque, where the impressive marble mihrab, the recess in the wall that is oriented towards Mecca, which presents sculptures, while beside him is built the famous tiles of Bursa, which decorated flowers and stems, while distinct and inscription from the Quran. Equally impressive is the marble Minbari, the pulpit where the Imam leads the prayer, which is decorated with reliefs and these floral and geometric designs. It should be noted that although the mosque is called “New” (Yeni Mosque) is older by about 25 years of the so-called “Old” Mosque (Eski Mosque).

Old Temenos, Eski Mosque
The large mosque was founded, according to the testimony of the Ottoman traveler Evliyia Tselebi of 17th century, in 1608/9, while an inscription testifies repairs during the year 1677-1678. The monument is interesting from an architectural point of view, while the interior is simple. On the outside stands the impressive minaret with two balconies and inside the mihrab, where the recess in the wall is oriented towards Mecca, with its simple decor and simple wooden Minbari ie the pulpit where the Imam leads the prayer. It is interesting that although the building is later than the so-called “New Mosque”, is named “Old” because it located in the “Old Quarter”, the so-called “district of the Old Mosque-Atik Mosque.”

Service Type
Thessaloniki to Komotini - Private Day Trip
Provider Name
Hello Thessaloniki,
Thessaloniki, Telephone No.+306907798620
Area
Komotini
Description
This city is ideal for walking and cycling (the average temperature 14.8 oC), through the pedestrian streets, organized network of cycle paths, and topography. A city with a vibrant nightlife and friendly inhabitants, known for its variety of cuisine, the fragrant coffee, the syrupy sweets, donuts and the soutzouk of the chick peas.