Departure Time from Thessaloniki to Kavala at 09:00
Returns to original Pick up point at 19:00 (approx.)

East meets West in a city in Northern Greece with Ottoman treasures, Byzantine walls and a lively harbour. Known as the Blue City and as the “Mecca of tobacco”, Kavala’s past and present sparkle with the first rays of dawn. You are in a city where for centuries Byzantines, Ottomans, Jews, merchants, tobacco workers, refugees and intellectuals mingled and prospered. Here in Macedonia, the sea-routes encountered the East-West axis, cross-fertilising both.

EXCURSION TO THE ANCIENT PHILIPPI

The largest and majestic antique complex of Northern Greece, founded by King Philip II, the father of Alexander the Great!

15 km from Kavala is the ancient city of Philippi, one of the most important historical sights of Greece. Here you can see the buildings of the ancient city, the ruins of the Roman city, Christian churches and the central Egnatiev road, the fragments of which can now be repeated the way of the Apostle Paul. This road divides the city into two parts.

In the north there is an agora – forum, in modern words an ancient shopping center with benches, galleries, thermae (Greek baths). Right in the center of the city was erected one of the very first basilicas of Philippi, the greatness of which can be judged by the remains of imposing walls covered with stucco molding. Another early Christian church, the Octagon, dedicated to the apostle Paul and dated to the 5th century, lies just to the south.

Nearby you can see the ruins, at the beginning of our era served as the walls of the prison of the apostle Paul. Partially preserved Roman theater, later rebuilt in the arena. The architecture of the acropolis (upper part of the city) is a mixture of Byzantine style, elements of Roman paganism and Christian cemetery basilicas. Here you can see “Bucefal’s bowl”, the legendary horse of Alexander the Great.

Right next to the Ancient City of Philippi there is a unique and monumental Baptistery of St. Lydia. This modern architectural monument is located exactly at the place where the Apostle Paul baptized the first Christian in Europe – Lydia, and it was performed here the first baptism in Europe. And next to the temple on the bank of the river there is an open baptistery in the shape of a cross like those that were preserved in the early Christian basilicas in Philippi.

Unlike many ancient monuments of Greece from which are preserved only the names and legends, in ancient Philippi there is something to see and the guide will take you to the distant past following you in the footsteps of the Apostle Paul. So if you are on holidays in Kavala – you must visit ancient Philippi.

This program is just an estimate of the time required.
The program of the excursion can be adjusted always according to the requirements of the passengers. 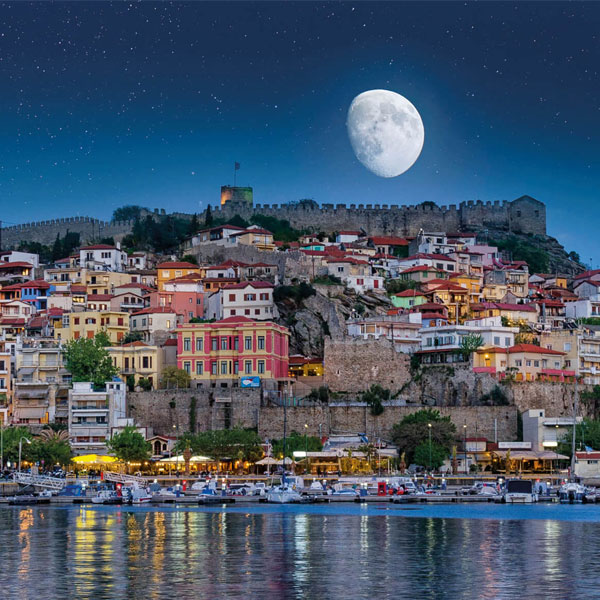 Service Type
Thessaloniki to Kavala - Private Day Trip
Provider Name
Hello Thessaloniki,
Thessaloniki, Telephone No.+306907798620
Area
Kavala
Description
Kavala. East meets West in a city in Northern Greece with Ottoman treasures, Byzantine walls and a lively harbour. Known as the Blue City and as the "Mecca of tobacco", Kavala’s past and present sparkle with the first rays of dawn. You are in a city where for centuries Byzantines, Ottomans, Jews, merchants, tobacco workers, refugees and intellectuals mingled and prospered.