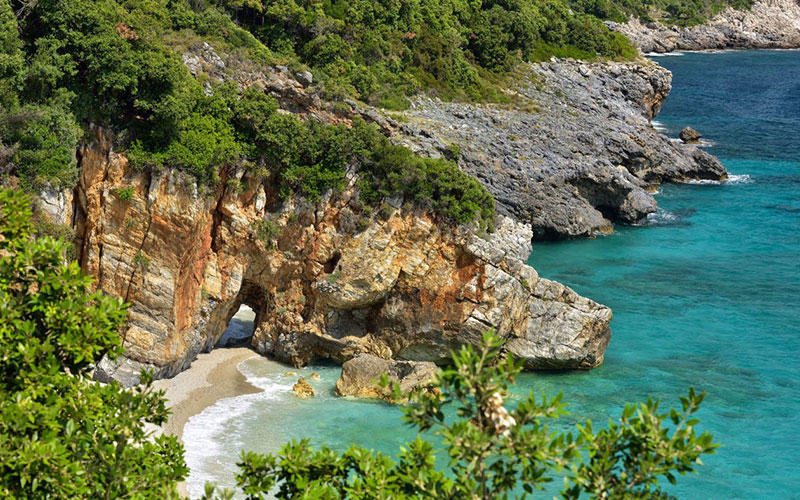 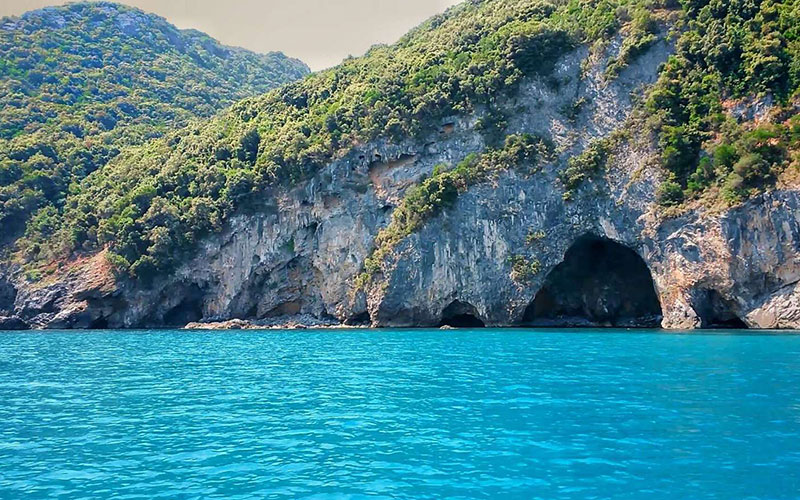 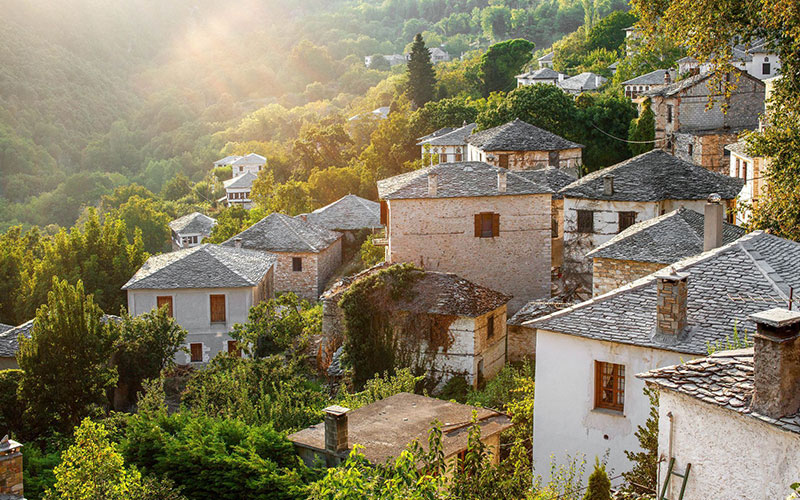 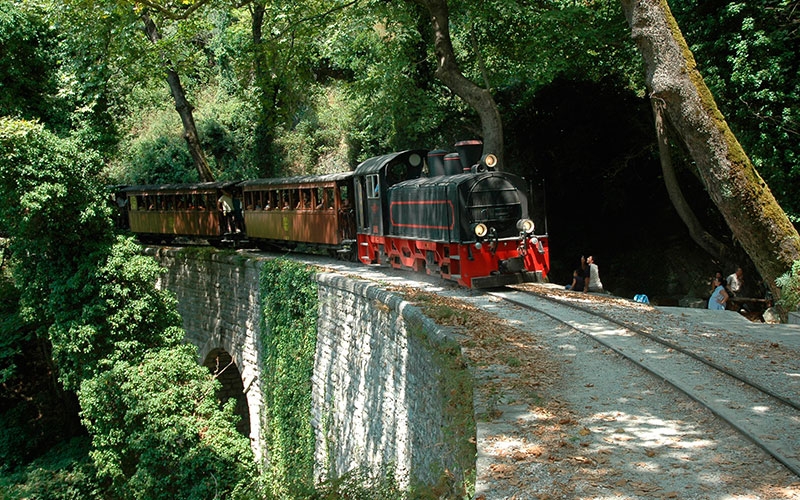 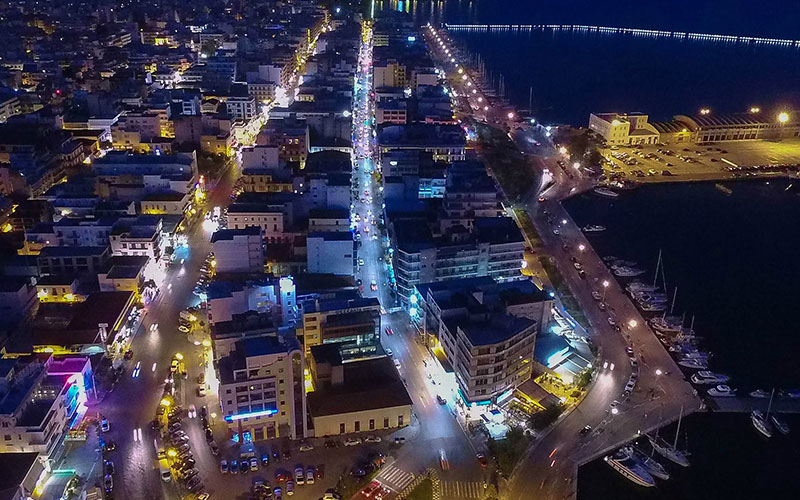 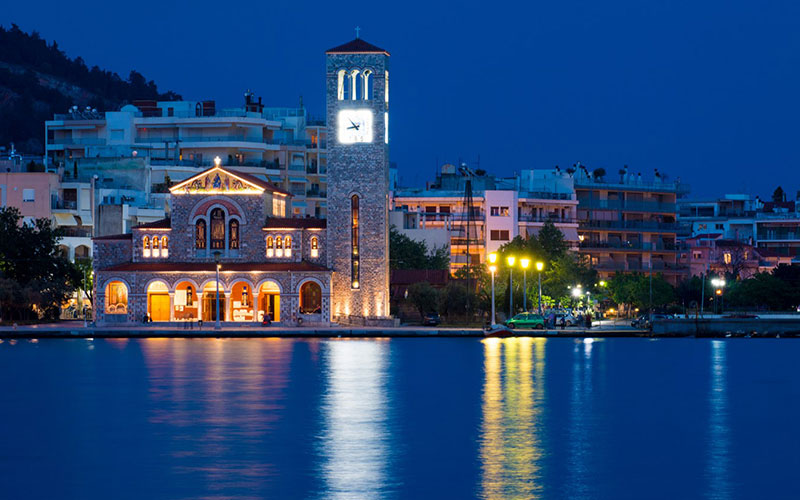 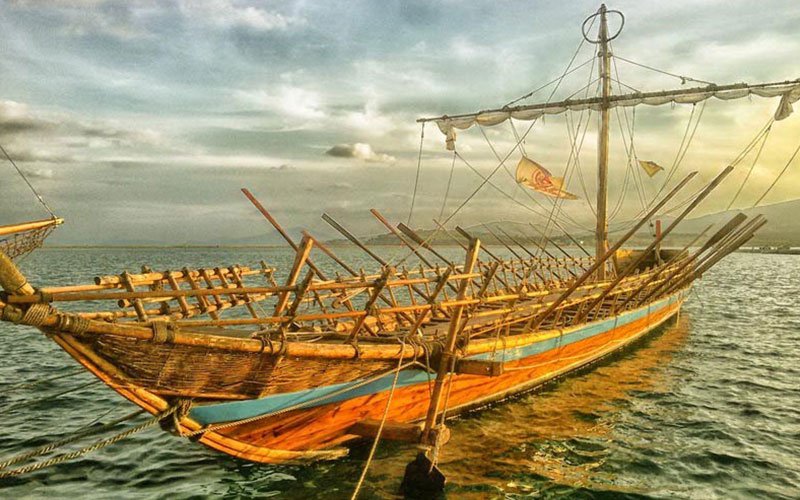 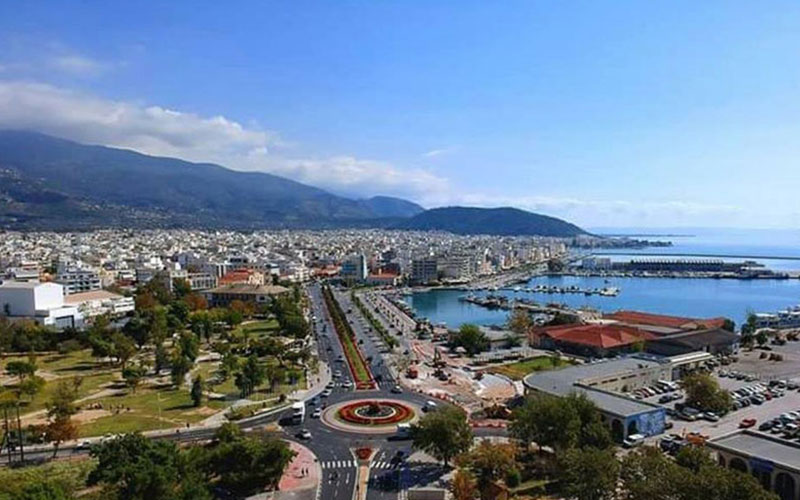 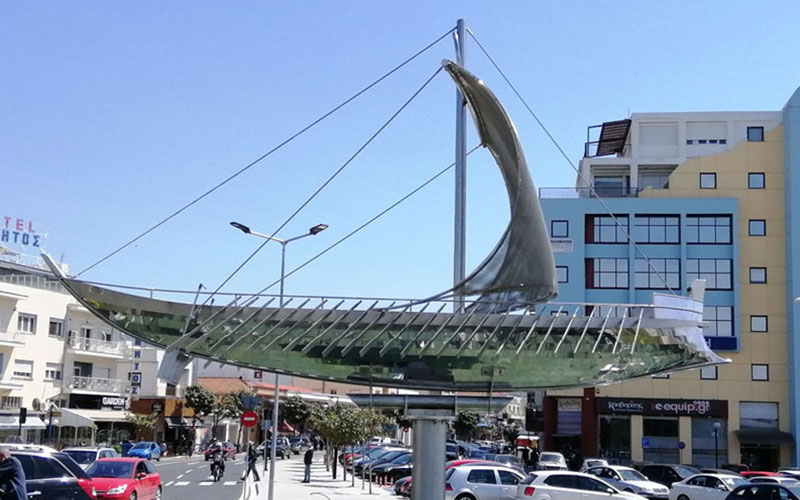 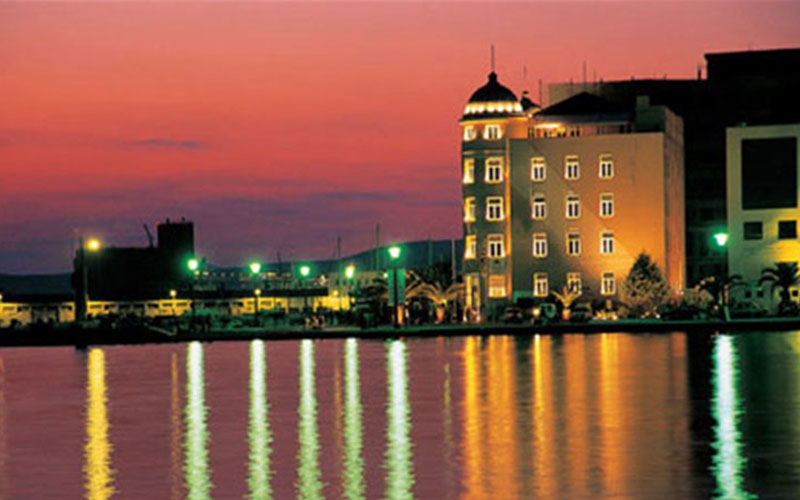 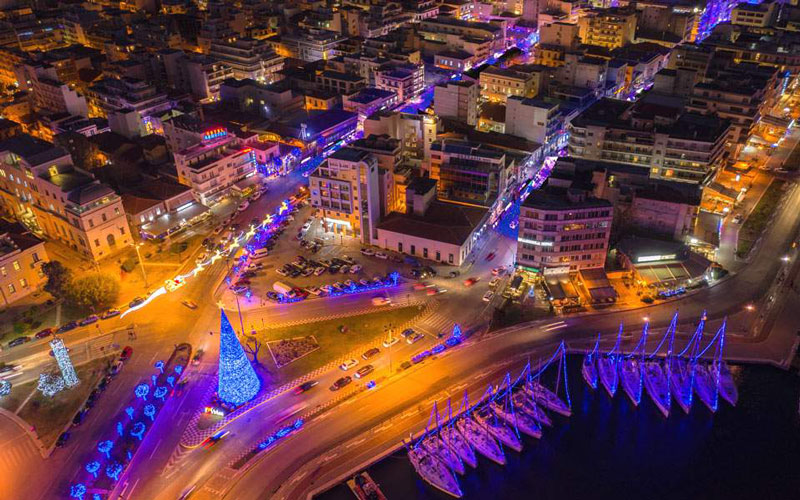 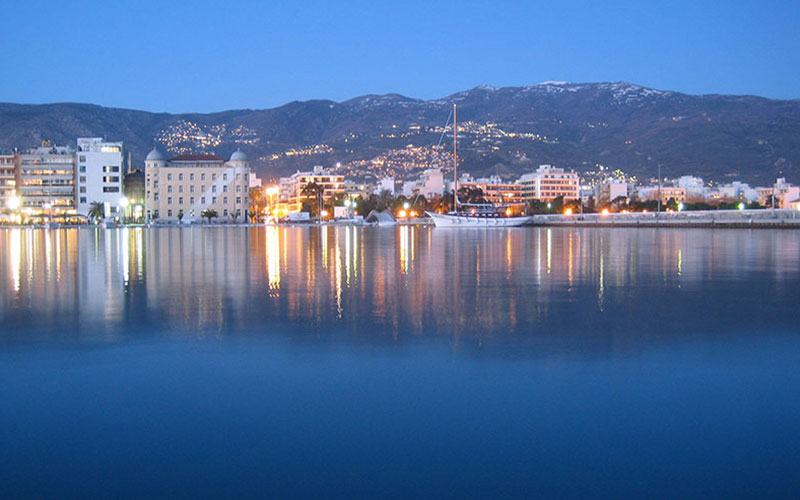 Departure Time from Thessaloniki to Volos at 09:00
Returns to original Pick up point at 19:00 (approx.)

Volos is one of the largest and most attractive cities in Greece as well as one of the country’s most prominent ports. The modern-day city, built near the site of ancient Iolcos, dominates the region of Magnesia from its position at the foot of Mount Pelion overlooking the Pagasetic Gulf. This is one of the most beautiful areas in Thessaly, in the centre of Greece (Volos is situated 320km N of Athens and 219km S of Thessaloniki) combining the allure of the sea with the mystical charm of the Centaurs’ mountain.

The area’s mythical background captivates the visitor’s imagination. Magnesia features in some of the most remarkable tales in Greek mythology. The progenitor of its peoples was Magnes, son of Zeus and Aeolus, yet Magnesia is believed to be the birthplace of a strange race, the Centaurs, beings which were part equine, part human and originated from the union of Nephele and Ixion. Asclepius and Achilles were, among others, pupils of the Centaur Chiron. The famous Argonaut expedition, one of the greatest epics in the Greek mythological cycle, set sail from the Pagasetic Gulf.

What we can see in Volos

The jewel of the Pagasetic Gulf

Volos is one of the most beautiful cities in Greece. The wealth of the region and its long history have left their mark on the city’s architecture, which exudes confidence and grandeur. The numerous mansions, municipal halls, museumσ, early 20th-century industrial facilities, and splendid churches make touring Volos truly enjoyable.

The sea creates a wonderful seafront with picturesque little restaurants, the famous tsipouradika, named after tsipouro, the traditional spirit of the area, which is perfect when combined with seafood teasers. Follow the paved Argonauts Avenue on the seafront and go all the way to the port on its western side, just as the locals love doing when in the mood for a romantic stroll with a stunning view to the open sea.

Beyond doubt, this is the most impressive corner of the city, embellished not only by fishing boats and yachts, but also by an exact imitation of ancient ship Argo, constructed by faithfully following reports and ancient texts. The modern Argo, a brilliant feat of shipbuilding, will fill history lovers with excitement.

The sights in Volos are so numerous that the visitor will feel his day is more than full. For those disliking walking, there is a 10km wide network of cycle lanes and thousands of bicycles silently providing a healthy and ecological means of transport.

The city has a great labour and industrial history. Large European companies had their factories here in the 19th century. It was the centre of novelty and architectural innovation. This history has left its mark on the entire city in the form of splendid buildings. The refugee population from Asia Minor, which began to arrive from 1923 onwards, shaped the appearance of the city by creating the large district of Nea Ionia.

The urban mansions in the city centre, towards the port and the railway station, and the working-class neighbourhoods in the environs, made up a very charming residential framework. The present-day city has spread out along the coast, incorporating old resorts, like Agria in the east and Soros in the west.

The blocks surrounded by Iasonos, Dimitriados and Ermou make up the buzzing part of downtown, where the heart of the city beats day and night, partly thanks to the students of the University of Thessaly.

The trip starts from Volos

The region stretching out around Volos is indeed stunning. The visitors have numerous options. They can tour important archaeological sites, delight in breath-taking nature, get to know Pelion or set sail for the lush-green Sporades islands.
Just a few kilometers to the West, lie the archaeological sites of Sesklo (the most ancient settlement of Europe, dating back to 6.000 BC) and Dimini, the most important prehistoric settlement in Greece and one of the most important ones of the New Stone Age worldwide.

Pelion – home of the Centaurs

Pelion is a place of indescribable beauty. With a breath-taking view over the endless sea, settlements that are architectural gems, and an ancient culture, it welcomes myriads of visitors every year. Lush vegetation and an extensive network of mountain paths enable the visitor to wander through a bewitching land, still echoing to the legendary Centaurs. It is worthy of note that the winding pathways linking the villages of Pelion exceed a total of 500 kilometres. These were ancient roads whose aim was to facilitate the movement of people and goods and they are still in use.

All around Pelion, one can find several facilities for ecotourism, such as horseback riding, hiking and, of course, ski.

The historical rail link between Volos – Milies Pelion is the famous route of the ‘moutzouris’. The line was opened in 1903. It was a ground-breaking project for its time as it linked the industrial centre of Volos with the fertile area of west Pelion, a place producing a great many agricultural products, such as oil. This train was one of the favourite subjects in Giorgio de Chirico’s paintings, whilst the bridges along the line are a special attraction.

Today the Pelion railway is living a second heyday. It was reopened in 1996 and is now simply a tourist attraction as there is no longer a need for transporting goods. The route begins from Lechonia, climbs up through stunning countryside and traditional villages, like Ano Gatzea, Agia Triada, Agios Athanasios Pinakaton, Argyreika, and terminates after 25 exceptional kilometres in Milies. A few hours later, during which time the visitor can enjoy strolling through the village and its surroundings, the train returns to Lechonia.

In the summer, you can comfortably expect to swim at some of the most beautiful beaches you’ve ever seen, most of which have been awarded with a Blue Flag. For an authentic island experience, take a day trip to Skiathos, Skopelos, or Alonnisos.

The traditional products from Pelion and the surrounding area that the visitor can purchase from the market in Volos are outstanding. Cheese products are renowned for their rich aromas and spicy flavour. The bright colours and exceptional flavours of spoon sweets, skillfully made to original recipes by women’s cooperatives in Pelion, are truly fascinating. Homemade pasta, liqueurs from mountain fruits, Pelian natural herbs are just some of the choices that will fill the visitor with enthusiasm.

Service Type
Thessaloniki to Volos - Private Day Trip
Provider Name
Hello Thessaloniki,
Thessaloniki, Telephone No.+306907798620
Area
Volos
Description
Α mythical destination. Volos is one of the largest and most attractive cities in Greece as well as one of the country’s most prominent ports. The modern-day city, built near the site of ancient Iolcos, dominates the region of Magnesia from its position at the foot of Mount Pelion overlooking the Pagasetic Gulf.