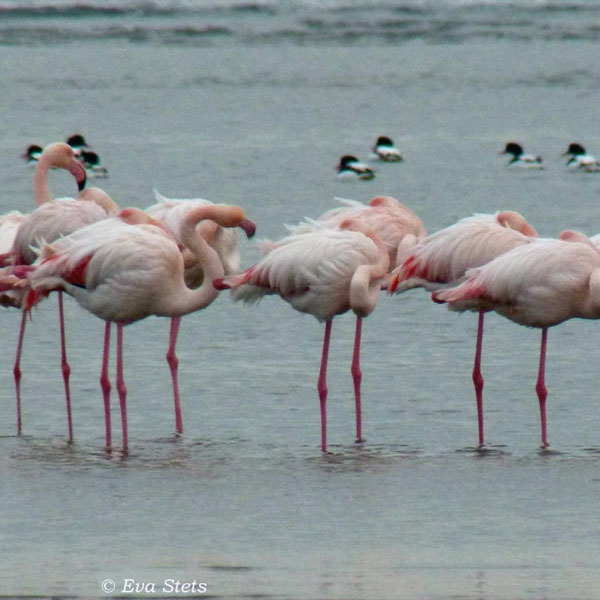 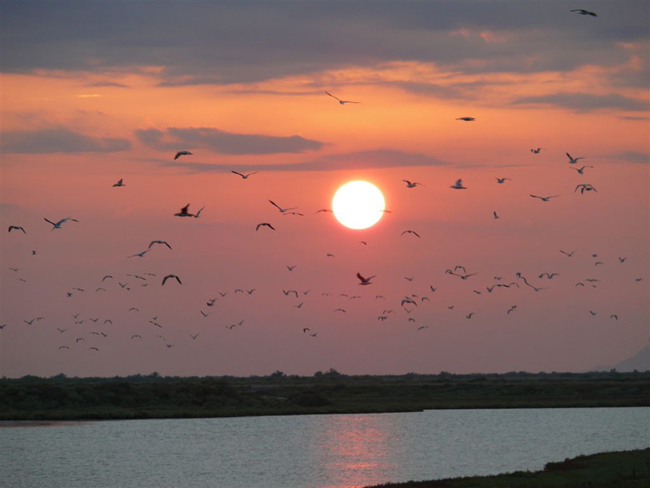 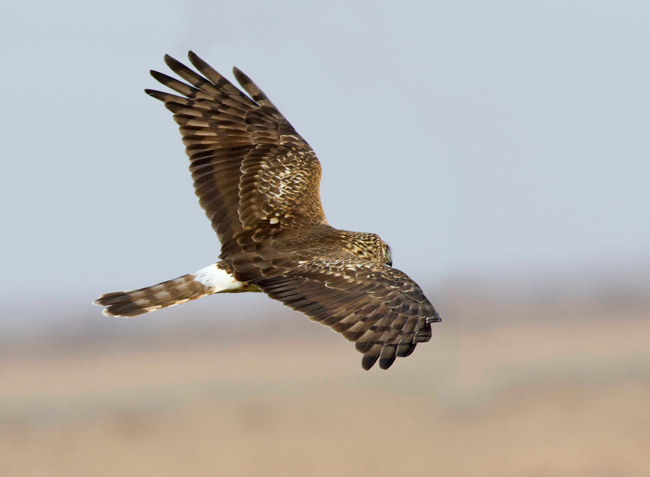 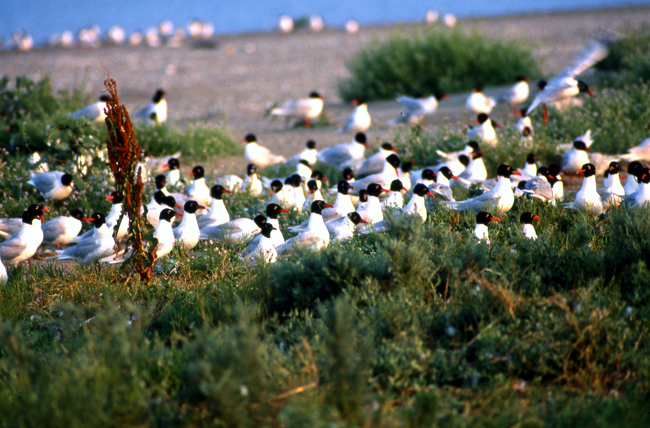 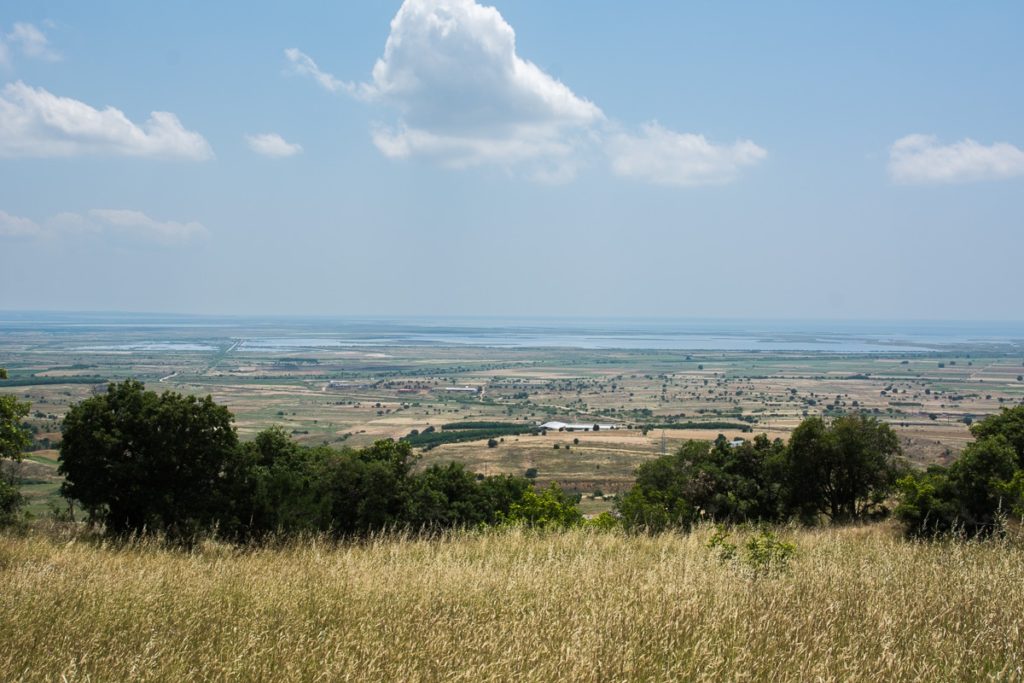 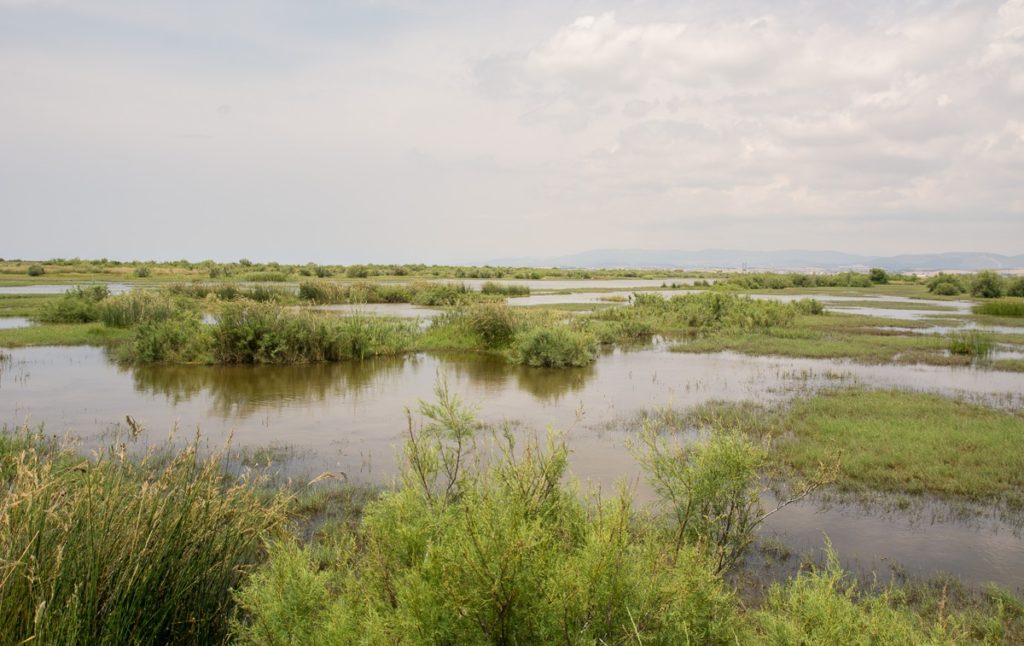 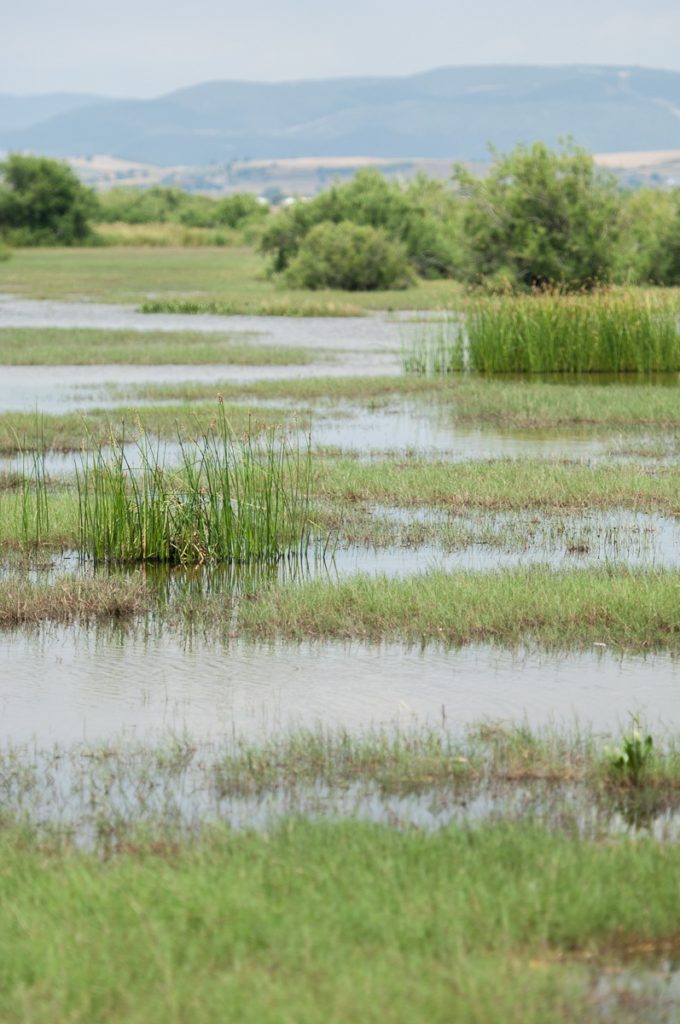 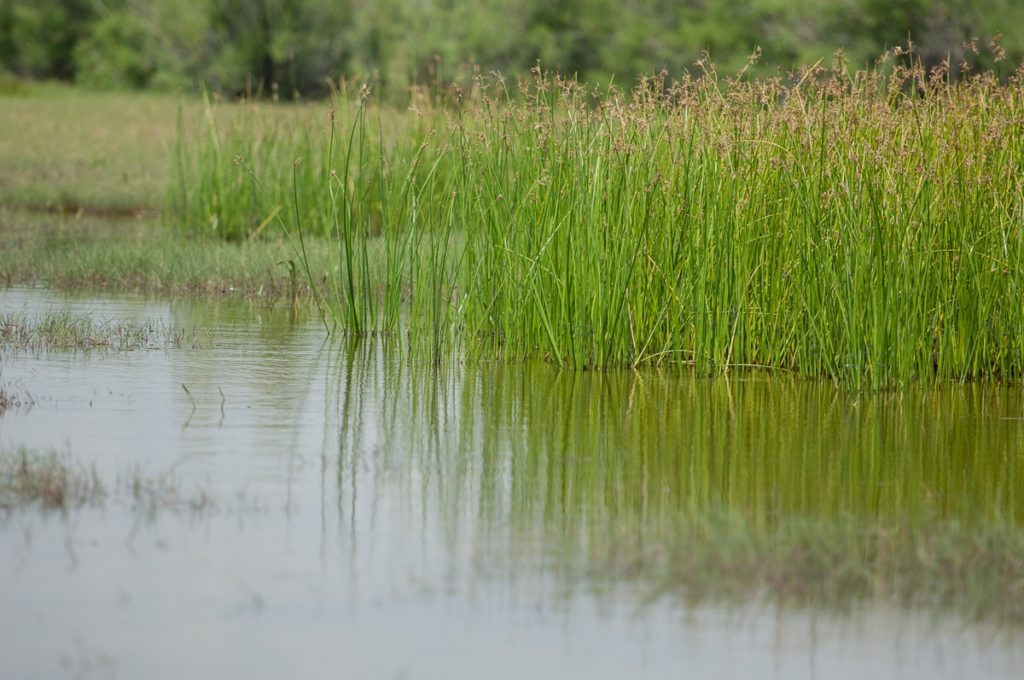 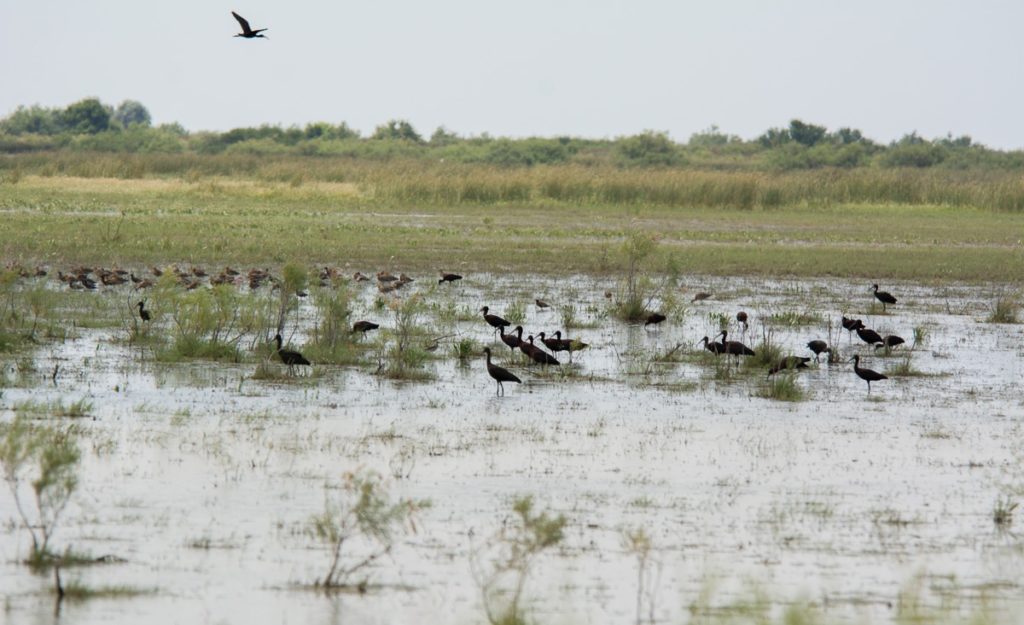 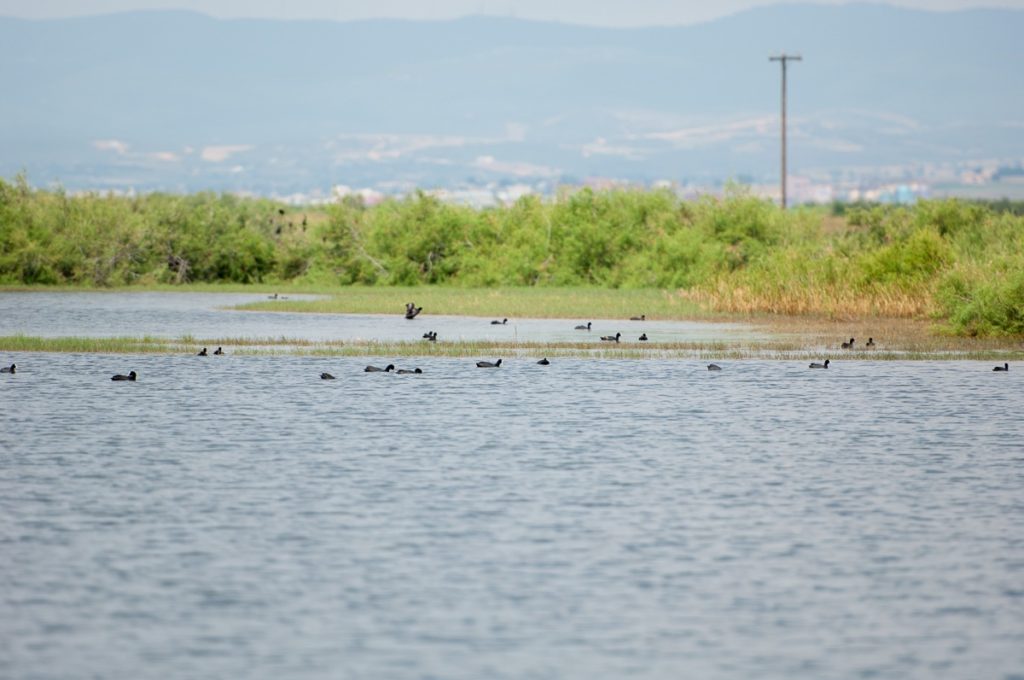 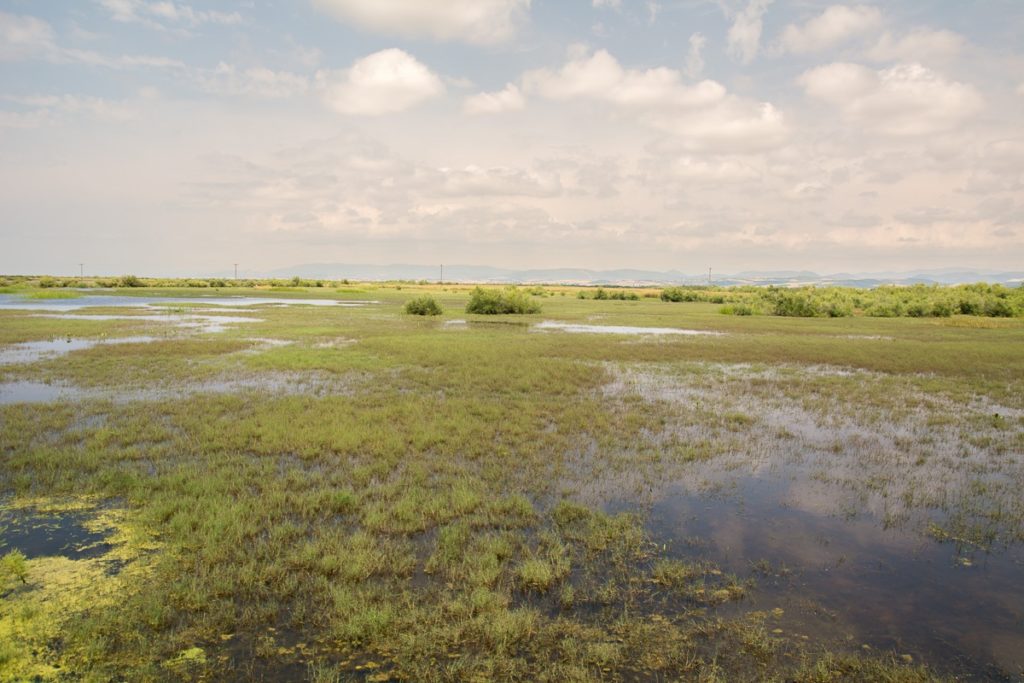 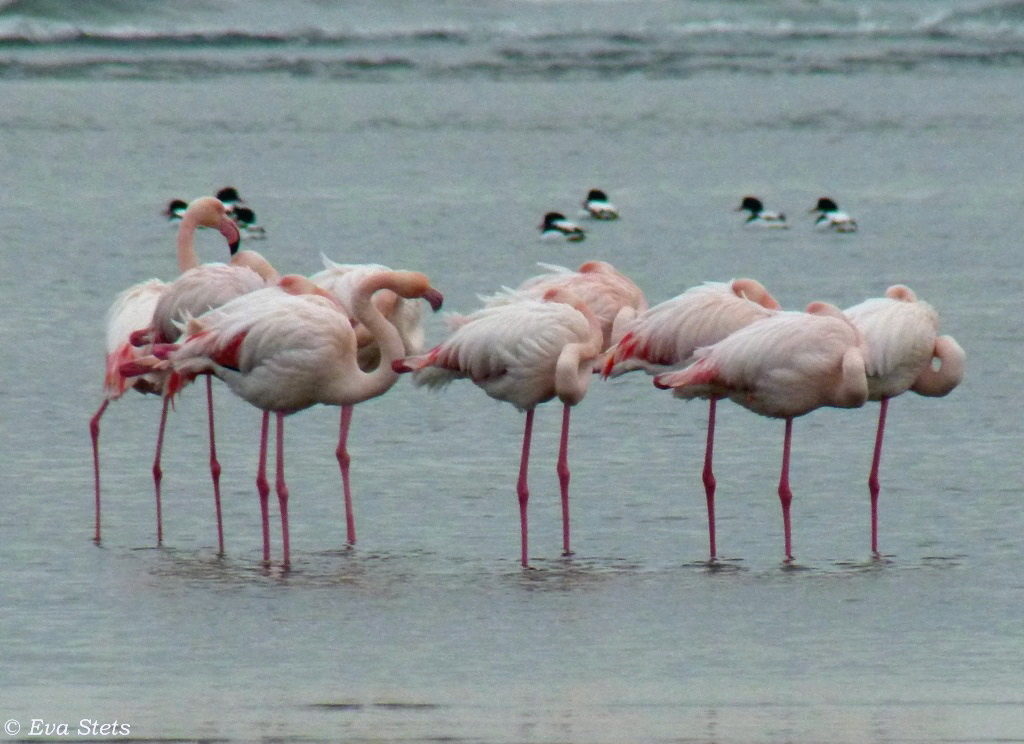 Departure Time from Thessaloniki to Evros Delta at 09:00
Returns to original Pick up point at 19:00 (approx.)

The Evros Delta, is one of the most important ecosystems in Europe and it has been recognized as an international wetland (Convention of Ramsar, 1971). It is a protected area and game reserve, where there live or hibernate many rare or endangered species. Delta, with a total area of 111,937 square kilometers, it was formed from the debris and the interaction of fresh water flowing from Evros with ocean currents.

What we can see in Evros Delta

Evros River
Evros River, the natural border between Greece and Bulgaria and Turkey, has a total length of 530km. of which 230km. belong to Greece. It is the second largest river in the Balkans after the Danube, Evros stems from the Rila Mountains in Bulgaria and flows into the Thracian Sea, irrigating its way across the plain of the prefecture. Evros is characterized by remarkable fish and riparian thickets of great ecological value, while the proximity of the water system of the river with the mountains of Rhodope created great variety of habitats with rich fauna and flora. The navigation of small vessels is possible until the height of Adrianoupoli. Tributaries of Evros in Greece is the Arda River, which crosses the Triangle area to the north of the county, the Erythropotamos, which passes through the hilly and lowland Metaxades-Palouri and crosses the city Didymoteicho as well Diavolorema, the Kamilopotamos and the Grand Stream. The river is characterized by large volumes of water and sediment transported to the estuary. The habitats of the area are of exceptional interest, like the flora with 350 recorded plant species. The four lagoons and salt steppes present in the Evro”s delta habitats are a European priority. The area is characterized by the presence of 6 important plant species. Among these, water chestnuts (Trapa natans) is included in the lists of the World Conservation Monitoring Centre and Nature (WCMC) and the European Red List of Endangered World Animals and Plants (European Red List Data of Globally Threatened Animals and Plants, a kind of (Iris spuria ssp. ochroleuca) is protected by Presidential Decree 67 (FEK 23/A/1981), 3 species (Cenchrus incertus, Heliotropium curassavicum, Leymus racemosus ssp. sabulosus) are rare in Greece and the region of Northern Greece constitutes the extreme limit of their spread and one species (the sea lily – Pancratium maritimum) is threatened by human activities on the coast.

Evros Delta
The Evros Delta, is one of the most important ecosystems in Europe and it has been recognized as an international wetland (Convention of Ramsar, 1971). It is a protected area and game reserve, where there live or hibernate many rare or endangered species. Delta, with a total area of 111,937 square kilometers, it was formed from the debris and the interaction of fresh water flowing from Evros with ocean currents. Similarly, in the double mouth of Evros in Thrace Sea there are formed small islets (Asanas, Asanas Xera, boats Xiradi), dunes, lagoons (Drana, Laki, Monolimni, Paloukia), freshwater lakes (Nymphs, Tsekouri, Skepi, Spitia, Gunaika) , marshes, and swamps of saltwater and brackish water. The favorable geographical position of Delta relative to the axes of bird migration and the relatively mild climate of the area and inaccessible to humans and isolated areas are the key factors that created the ideal conditions for the establishment of many species of fauna.

They have recorded 46 species of fish, 7 species of amphibians, 21 species of reptiles and more than 40 species of mammals. However, more important is the rich avifauna met in the area: 316 bird species of 422 in Greece. The ecosystem of the delta operates as natural nesting habitat and food for many species (herons, flamingos, cormorants, gulls, swans, Lesser White Fronted Goose, Red-, predators, etc.) and shelter for large numbers of aquatic birds from the northern regions of Central and Eastern Europe in the winter. Furthermore, it is a vital pool and rest large numbers of migratory birds during their journeys to the southern regions.

Populations range from 30,000 to 150,000 people, although in recent years they do not exceed the 50 thousand to 60 thousand people. Regarding the flora of the region there are recorded all formal formations and vegetation types (about 350 plant species) found in a delta in the Mediterranean basin. The north eastern part of the delta, known as “flooded area” is covered by dense thickets of shrubs and trees, while along the river is formed a dense forest of poplar, willow, alder, elm and creepers. Further to the south the landscape changes and the forest gives way to a dense reedbeds lake Nymphs and other freshwater lakes. The riverine forests constitute formations with special ecological value, as their existence is crucial for the regulation of water resources and land management. In brackish waters of lagoons, canals and freshwater in all water basins along the Evros river is developed the most important wetland vegetation, which is divided into three categories: 1. Vegetation composed of completely submerged aquatic plants, 2. Vegetation composed of rooted or non-bottom species with floating leaves or flowers on the surface of the water, usually in shallower waters, such as water lilies, water chestnuts, etc.,3. Vegetation which is characterized by plant communities reed and consists mainly of semi-submersible types as wild cane, straw etc. The latter has greater importance for bird life in the area. Increasing the salinity of the water, uncontrolled and illegal hunting, overgrazing, drainage and burning reedbeds constitute threats to the wetland.