Baba Vanga. Who is blind mystic? 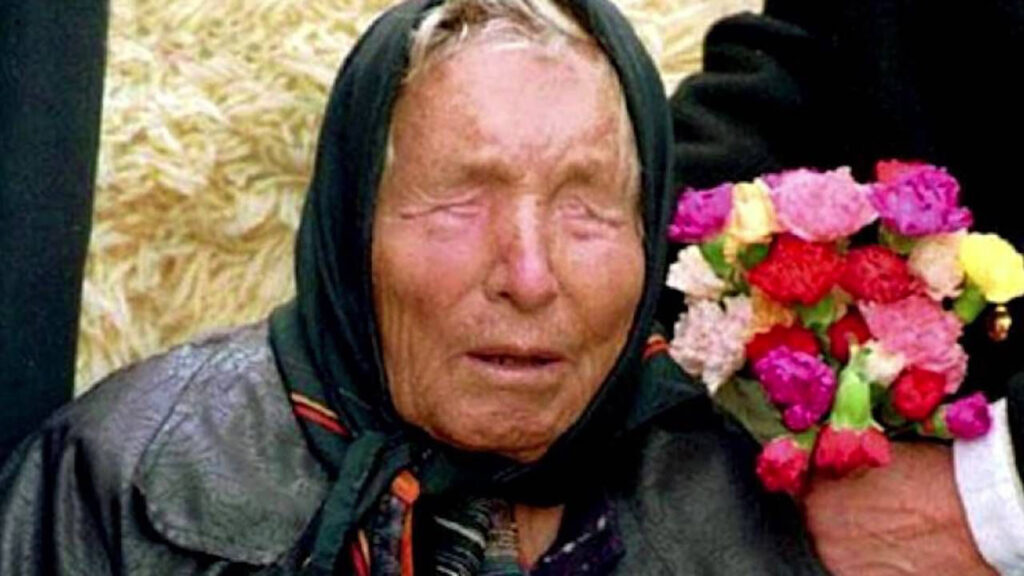 LOOK INTO THE FUTURE

Who is Baba Vanga? List of predictions for the blind mystic, from Brexit to World War 3 and the 2018 Russian election

Baba Vanga was known as “Nostradamus from the Balkans” – and she’s still making predictions beyond the grave.

The prophecies of a blind woman from Bulgaria have been used by conspiracy theorists as proof she was able to predict the future.

Baba Vanga’s claims have been linked to events such as the September 11 attacks and the Syrian chemical attacks. Here is all you need to know.

Who is blind mystic Baba Vanga?

Baba Vanga, born Vangelia Pandeva Dimitrova, was raised in Strumica, a village located at the foot of a volcanic mountain range in what was then the Ottoman Empire.

She passed away in 1995, aged 85, and was dubbed the “Nostradamus from the Balkans.”

Baba led an ordinary life up until the age of 12, when she mysteriously lost her eyesight during a massive storm — described as a freak tornado.

The youngster is said to have been flung into the air and then thrown to the ground by a powerful gust of wind.

Her family reportedly found her close to death several days later while her eyes were injured and sealed shut, encrusted with a thick layer of dust and dirt.

Vanga later said that she had experienced her first vision during the days she was missing and believed she had been instilled with the ability to heal people and predict the future.

What has Baba Vanga predicted?

Baba Vanga’s predictions, including those listed below, were said to have an 85 per cent success rate.

Baba Vanga’s predictions for this year and the future

What did Baba Vanga predict for 2019?