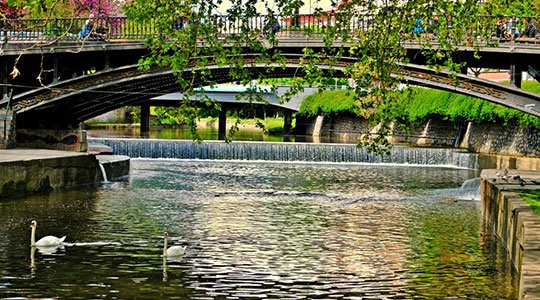 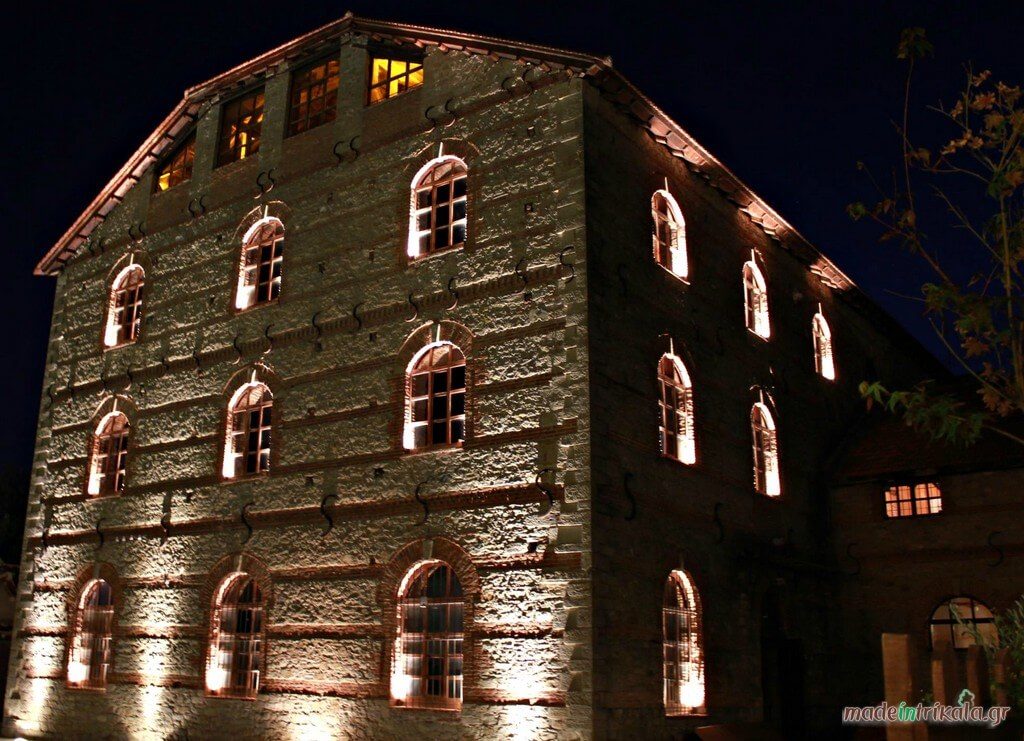 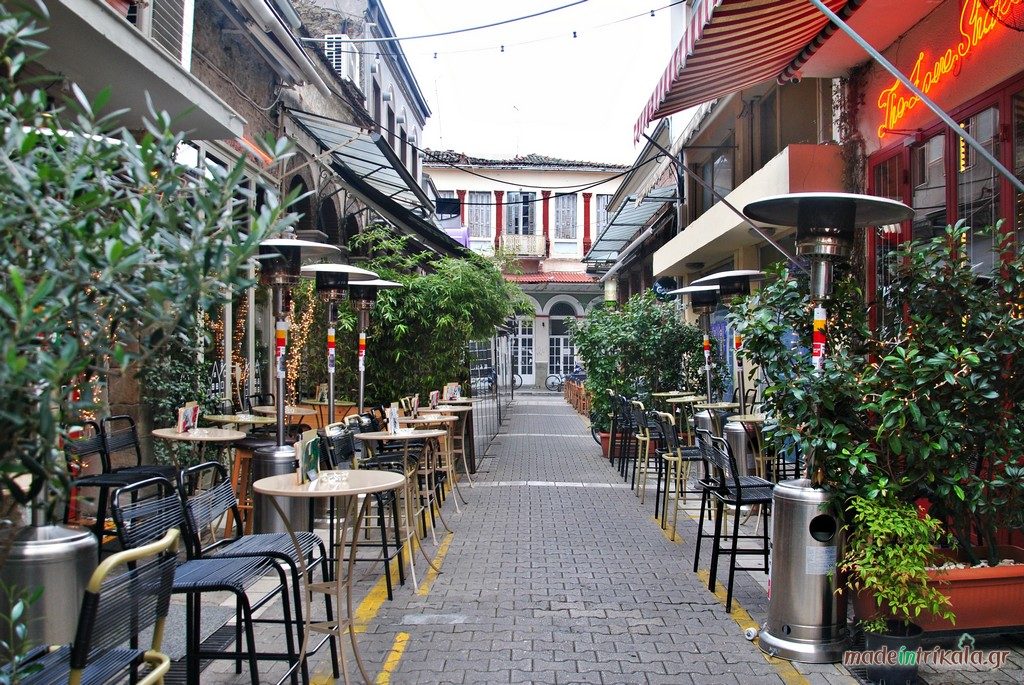 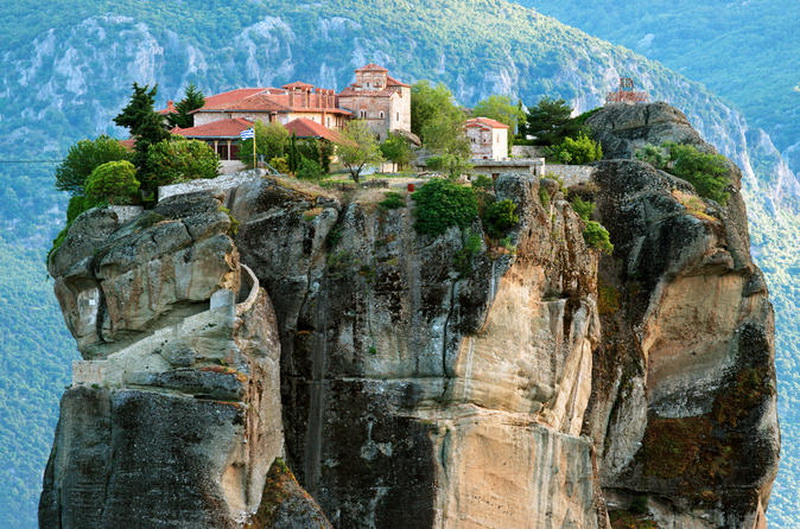 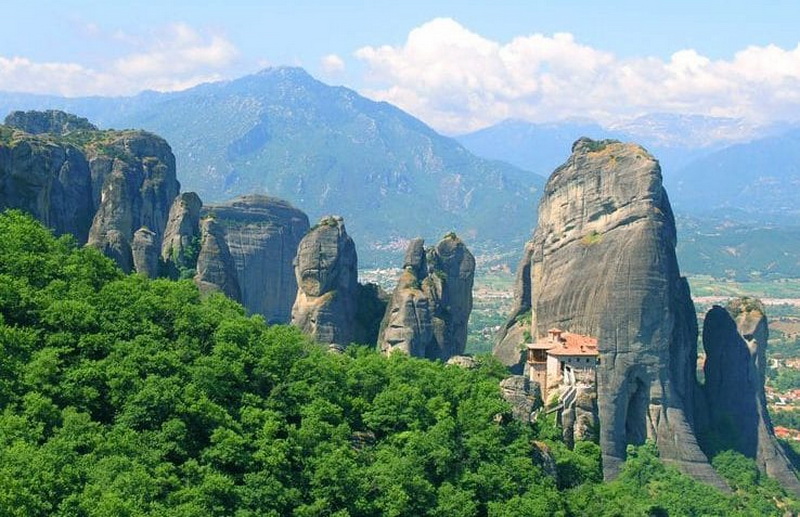 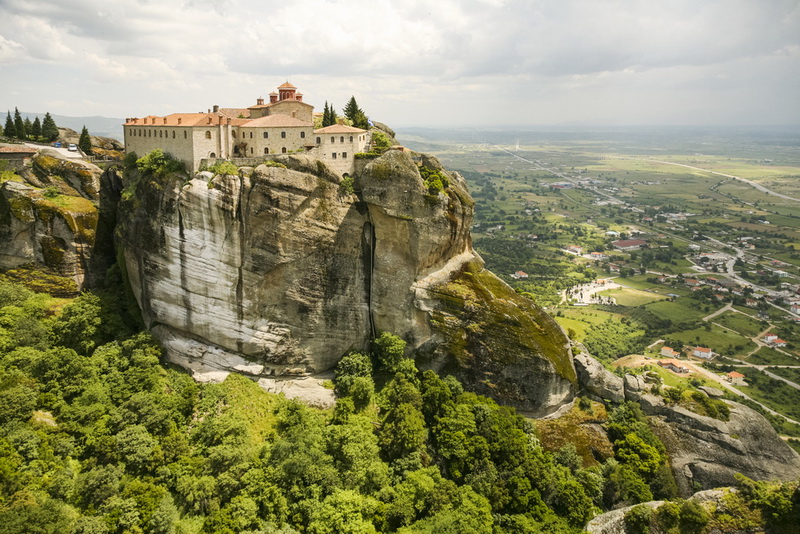 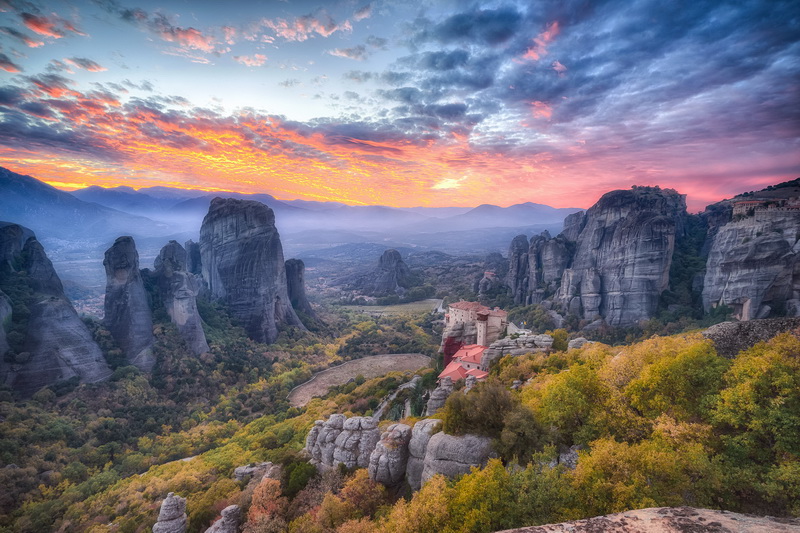 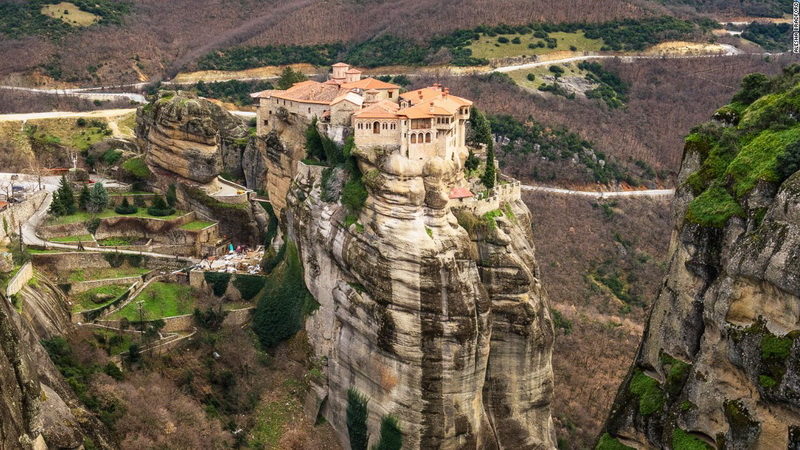 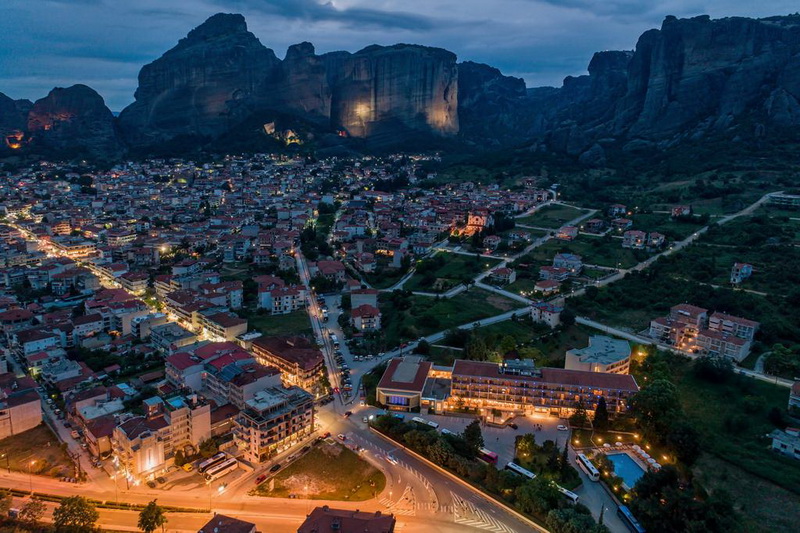 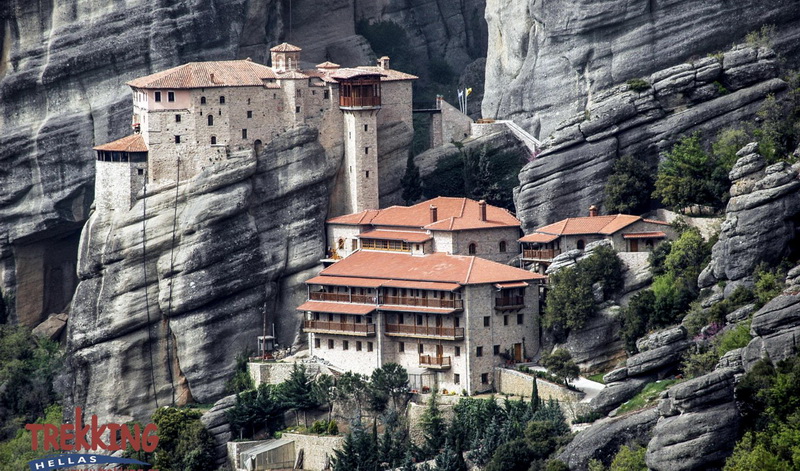 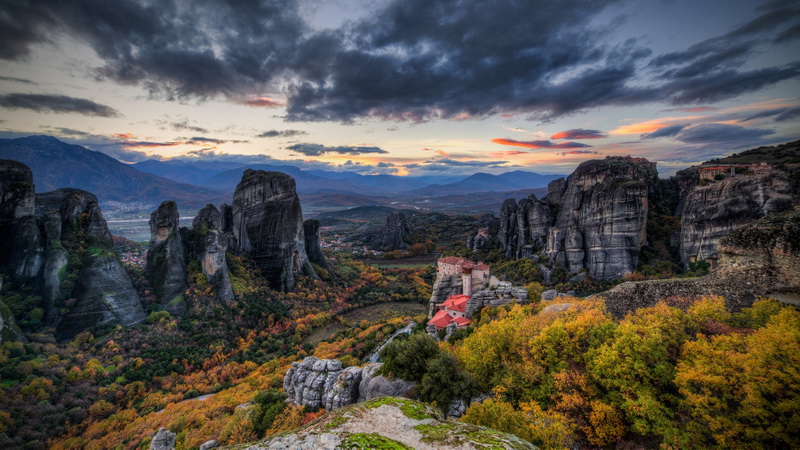 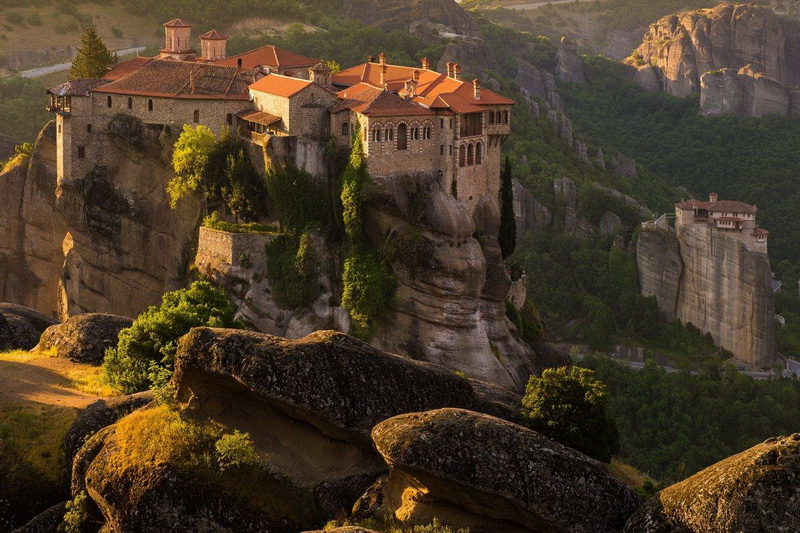 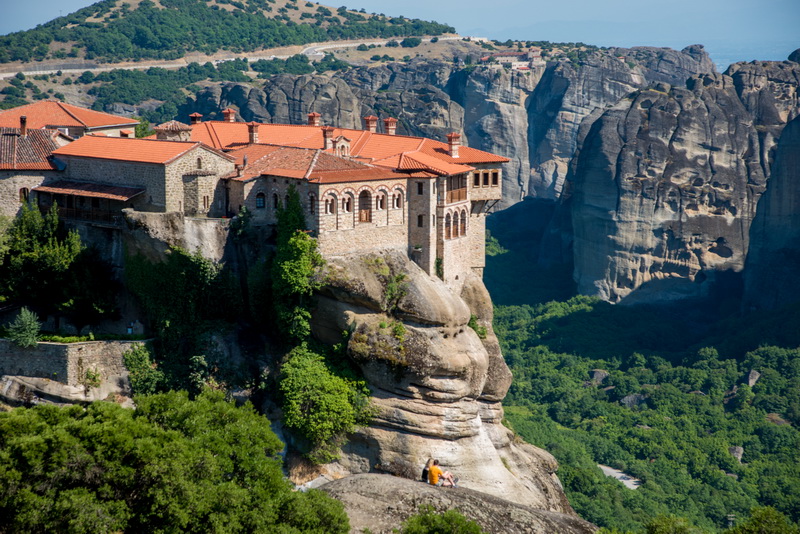 Thessaloniki to Meteora – Private Day Trip
Your tour will be a life time experience!!!

Pillars of rock, sculpted by prehistoric rivers and crowned by otherworldly monasteries, monuments to the power of faith.
Meteora means ‘suspended in space’. Your first, second and third sight of these impossibly tall, vertical rocks will have you gasping in disbelief. But it’s not just the incredible geology that stretches your imagination. It’s the monasteries balanced on these pinnacles. How did they get there? The monks who built them were the original rock climbers, lifting the materials up with pulleys, nets and their bare hands.

Today, fans of the sport come to Meteora from the world over, to pit themselves against these gigantic rocks. Unesco has declared Meteora a World Heritage Site. The Greek state calls it a sacred spot, inviolate and immutable. You’ll no doubt come up with other adjectives to describe Meteora, this wonder of the world.

What to do in Meteora
Stone giants and humble hermits
In Thessaly, a forest of mind-bending stone monoliths rises perpendicular to the flat valley north of Kalambaka, south of the Pindus Mountains. Monasticism here began in the 11th century with the first hermits arriving in Thessaly from Mount Athos to retreat to niches in these heavenly pillars. In the 14th century, the Blessed Athanasios of Meteora came to the area and founded the first monastic community in the monastery of the Great Meteoron. Other monks followed from other corners of Greece, creating a total of 20 monasteries.

Monastic eyries
At present there are six active, flourishing, restored monasteries and convents, which welcome each visitor hospitably to their lofty realms. These are Agios Nikolaos Anapafsa, Metamorphosis tou Sotiros or Megalou Meteorou, Varlaam, Roussanos, Agia Triada and Agios Stephanos. All the others, whether restored or abandoned, are empty.

A place for rock climbing enthusiasts
From the earliest days of the monasteries, rockclimbing was a necessity, not a sport. There was no other way to get to the top except by using ropes, nets, bare hands or long rickety ladders. Nowadays, the challenges of these divine columns attract climbers from all over. They enjoy the classic rock-climbing routes, often without excessive safety precautions. All the routes have been cut in the traditional way from down up. To the eyes of the initiated they look impossible, some going virtually straight up to a height of 500m.