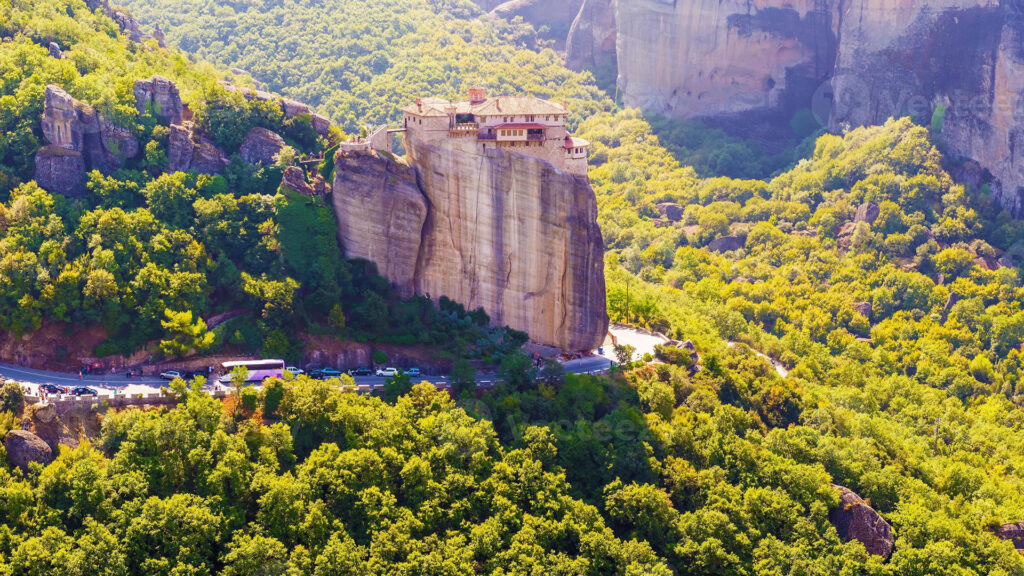 The Holy Monastery of Roussanou, located at Meteora was first established in the 14th century. It received the name probably from the first hermit-monk who settled on the rock during that period. The main cathedral was founded at the end of the 16th century and was decorated thirty years later by a monk who lived at the monastery.

Compared to other rocks where monasteries were built, the one of Roussanou has a lower elevation, which makes it more accessible. The monastery was initially founded by monks and it suffered severe damage during World War II. It became a convent not that long ago in 1988 and today more than 15 sister nuns live in the monastery.

Join our Half-Day morning sightseeing Tour of Meteora to visit Roussanou
The beautiful wall-paintings of the Catholicon were executed in 1560, when the priest-monk Arsenios was the abbot of the monastery. The unknown hagiographer seems to have been a very skilful artist and successfully follows the Cretan School style.

Visit Roussanou for a different view of the surrounding cliffs and the adjacent Meteora Monasteries. Follow the pathway from this monastery to the upper main road and discover an off-the-road panoramic view point spot that allows you to walk on bear rocks! Don’t miss out on this photo opportunity!

The monastery stays closed on Wednesdays.

The monastery stays closed on Wednesdays.