Lunch or Diners in one of the oldest cities in the world,

as Larissa is the only Greek and one of the few European cities that have been inhabited without interruption for eight millennia.

A new addition to the focus area in Larisa is the reason for the first text of this column. “PRASSEIN ALOGA”, a small but elegant space that helps you get rid of your daily routine and relax. Whether you are enjoying a glass of wine or a whole meal, you are sure to not be disappointed at all!

PRASSEIN ALOGA. Different and unique flavors are its menu, which is comprehensive, with many choices.

The appetizers are delicious and suitable for a glass of wine, or a bottle, depending on how difficult your day is! Their meat is tasty and quality. Their pasta however. (We highly recommend their risotto as a foodie !!!)

Let’s go to the wines. Shall I put a glass to say it? A good collection to close your day, or take a break to recharge your batteries. And after enjoying your meal … the appetizer comes! His sweets … Wonderful balance, without losing you. Best closure after a delicious meal!

And let’s not forget an important variable that a restaurant can throw or upload. The service. The staff are welcoming, friendly, and provide the best service possible from the moment they greet you, to the time they greet you. 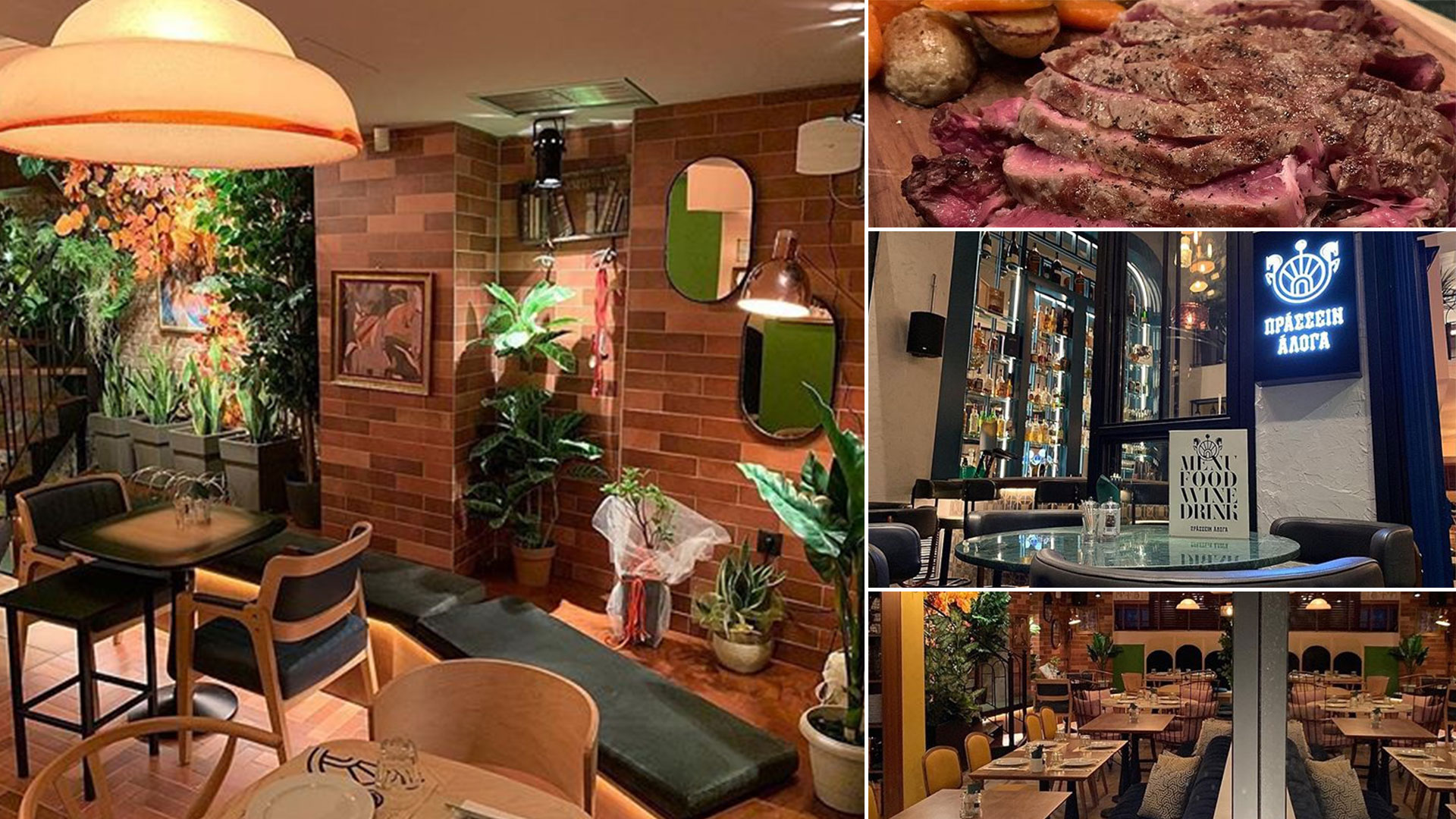 Chef Nikos Papastergiou comes to present his own version of comfort food in Larissa.
Owned by 2 Toques d’or awards and Executive Chefs at the Sani Dunes Hotel.
At Monark Comfort Food he presents a menu with familiar tastes from around the world, without labels, based on creating a new unique dining experience. 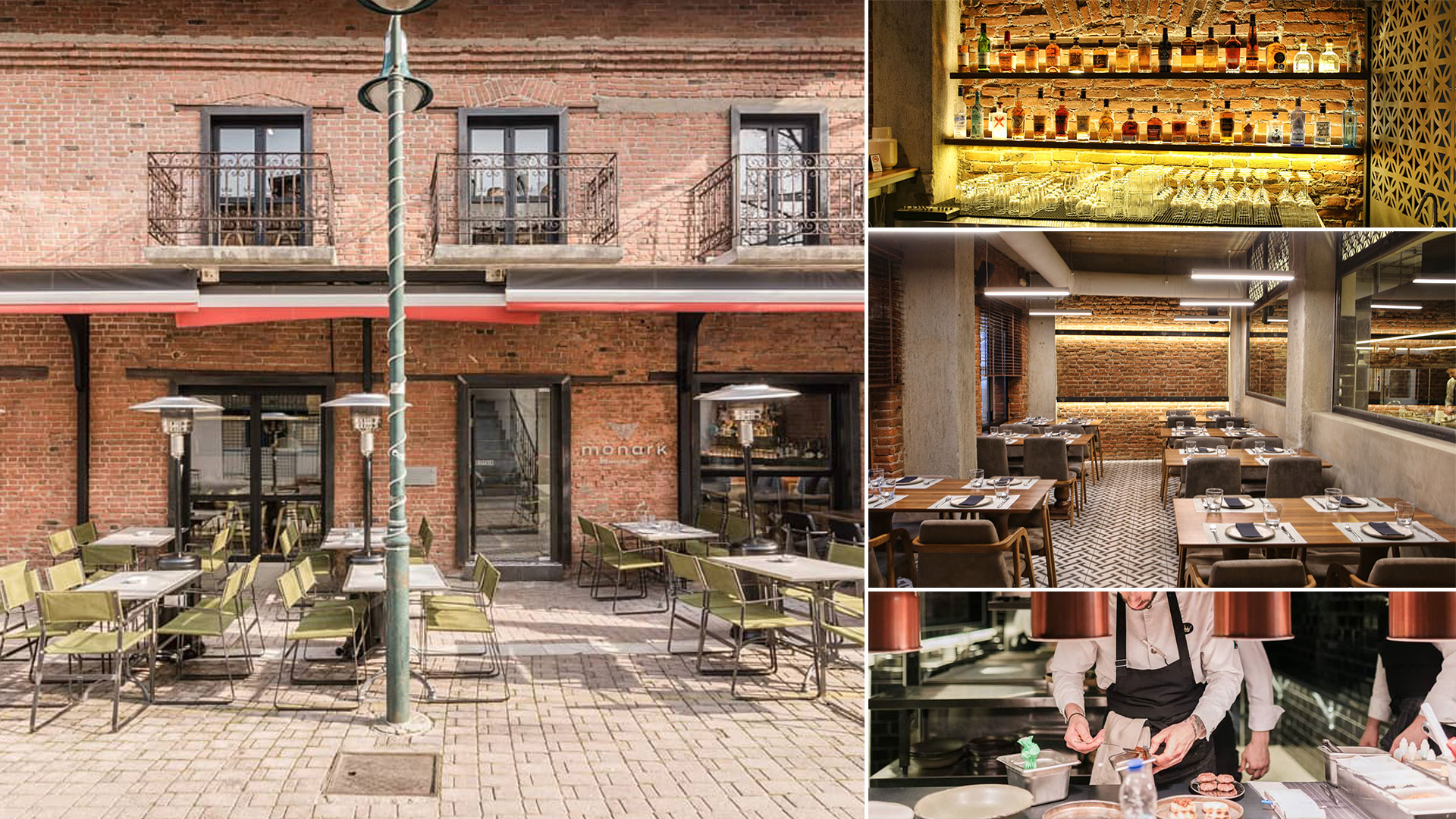 Floyd Food Community it’s a quiet place in the center of Larisa city, with great food reminiscent of Mom but much more modern, with lounge relaxing music that makes you relaxed and accompanied by drinks and aperitifs, made in a special way and recipes. This is also the triptych of his success, since everyone is satisfied.

It has many vintage elements but with modern details that give a mood of old carried on today. Ideal for a lunch break, as it is downtown but also great for gatherings with your friends, as it has a very festive atmosphere. It is suitable both for the lunch hours where market traffic is decreasing but also for the afternoons where the world’s ride reaches its peak.

The staff is extremely helpful and helps you to feel familiar with its warm smile and wonderful mood.

What Floyd Food Community should definitely enjoy while visiting is his kitchen. The chef, Jeremiah Amvrosiadis has created dishes very carefully that those patrons to try find their own favorite.

They support Greek cuisine but adapt traditional dishes to the latest needs and trends. The old can come to today with choices such as highlighting it and offering it a new character.

Greek spirits, tsipouro, ouzo, vermouth and special spice combinations are used to give the usual cocktails a more fancy version and motivate you to try them. There are of course the adorable choices between wine, beer and raki.

The music comes and completes this wonderful feeling. Lounge and soul sounds help you travel and enjoy the moment. However, the evening starring Evita Theodoropoulou is also special, giving wonderful moments for fans of Greek swing and beyond. 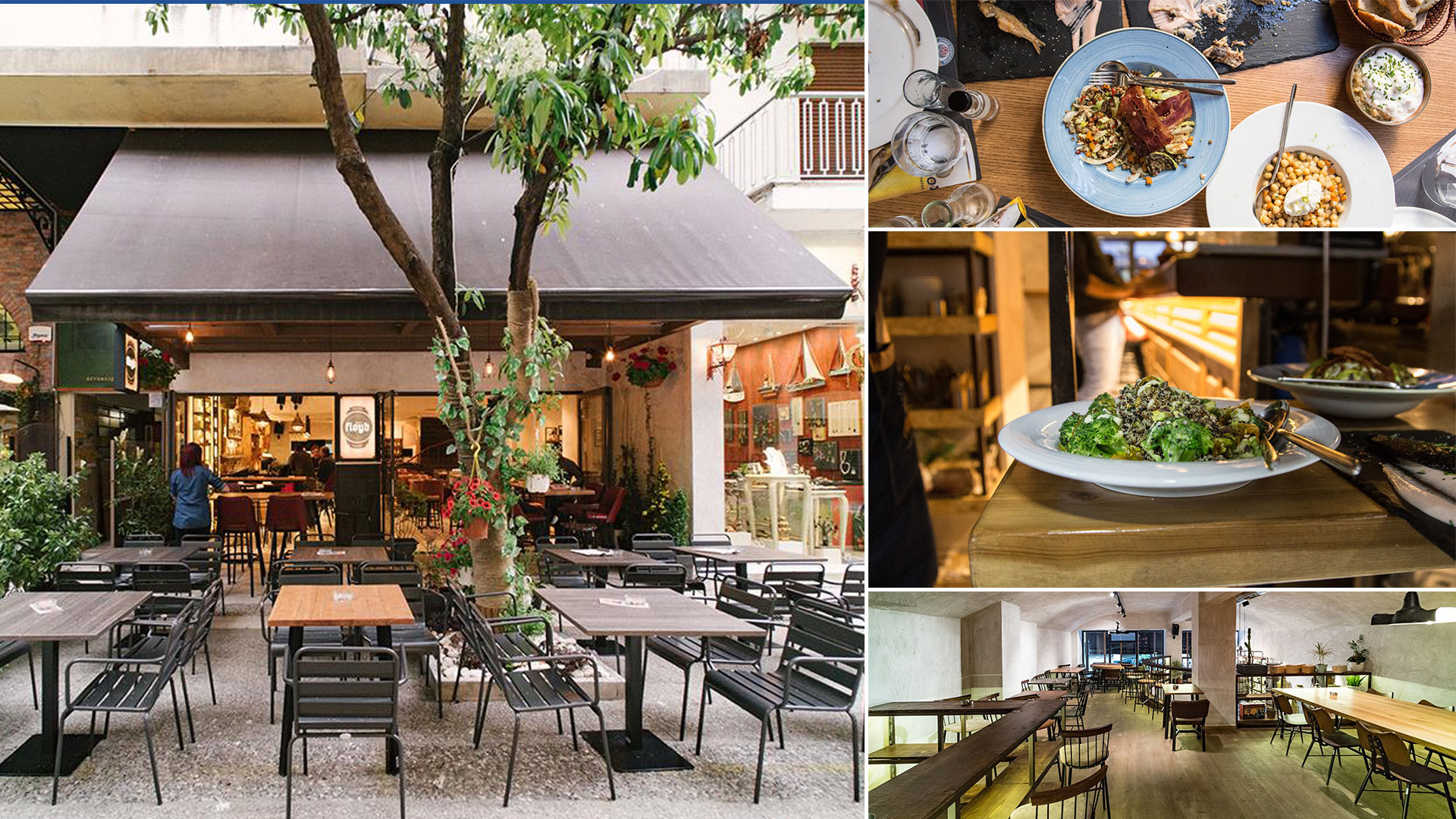 Away from the noise of the city, at 161str Karditsis, the restaurant 4 Epohes (4 Seasons) is waiting for you. Pleasant and comfortable environment, it gives you the opportunity to get away from the fast pace for a while and enjoy your lunch or dinner in peace. With careful decoration and a lot of green in the surrounding area, it creates a feeling of carefreeness and relaxation. It has Mediterranean cuisine which is framed by traditional elements, while offering dishes for every eating habit. If you are accompanying young children, do not worry… they will play in the playground. 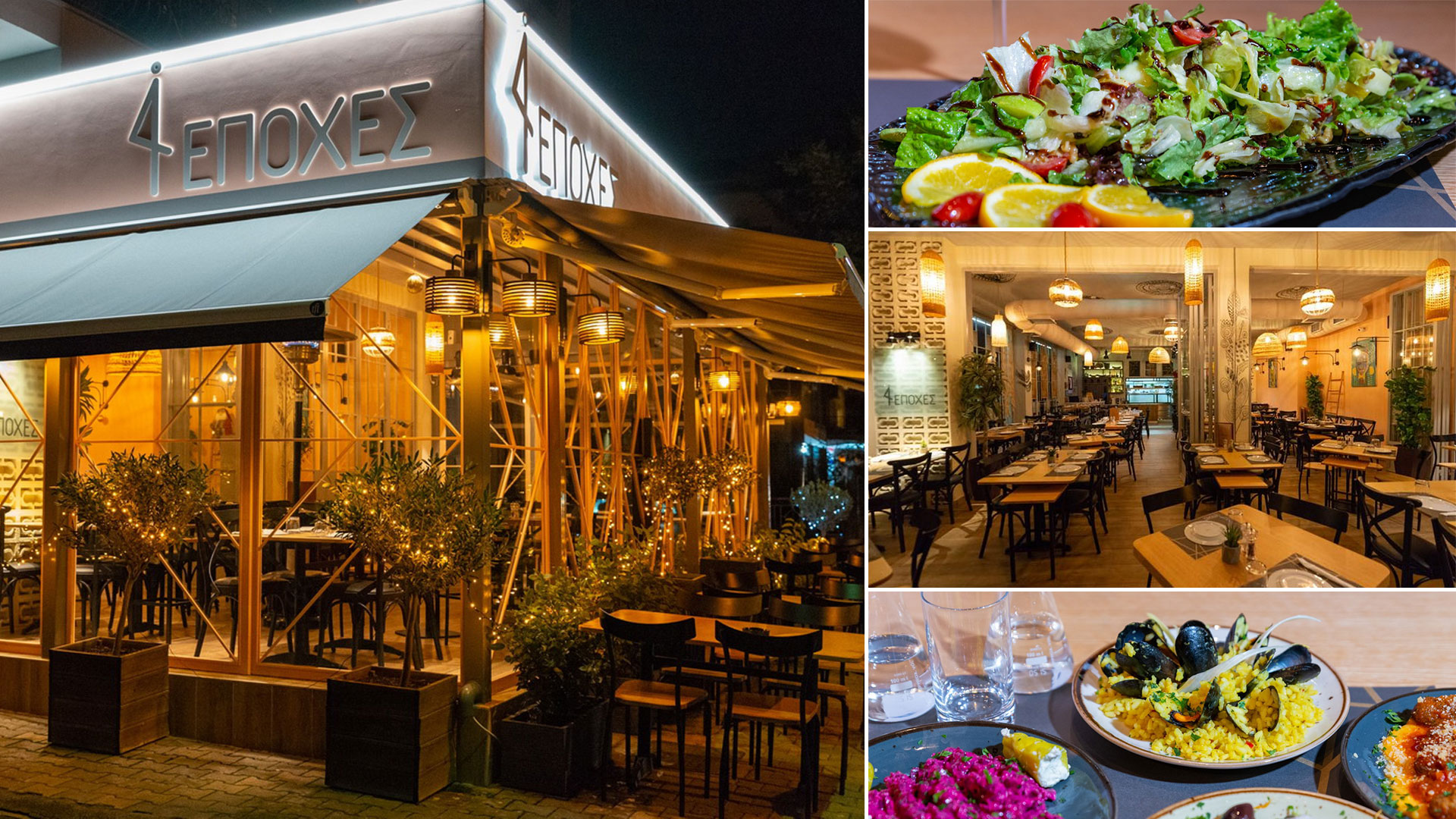 Why Larisa?
Because combines the fun of a big city and incredible beaches!

Beautiful landscapes, Nice people, Hospitality, Experiences that are completed with the smiles of the locals, Crystal clear blue water, Countless islands, Green mountains! And these are just a few of the many things you can enjoy in Greece! 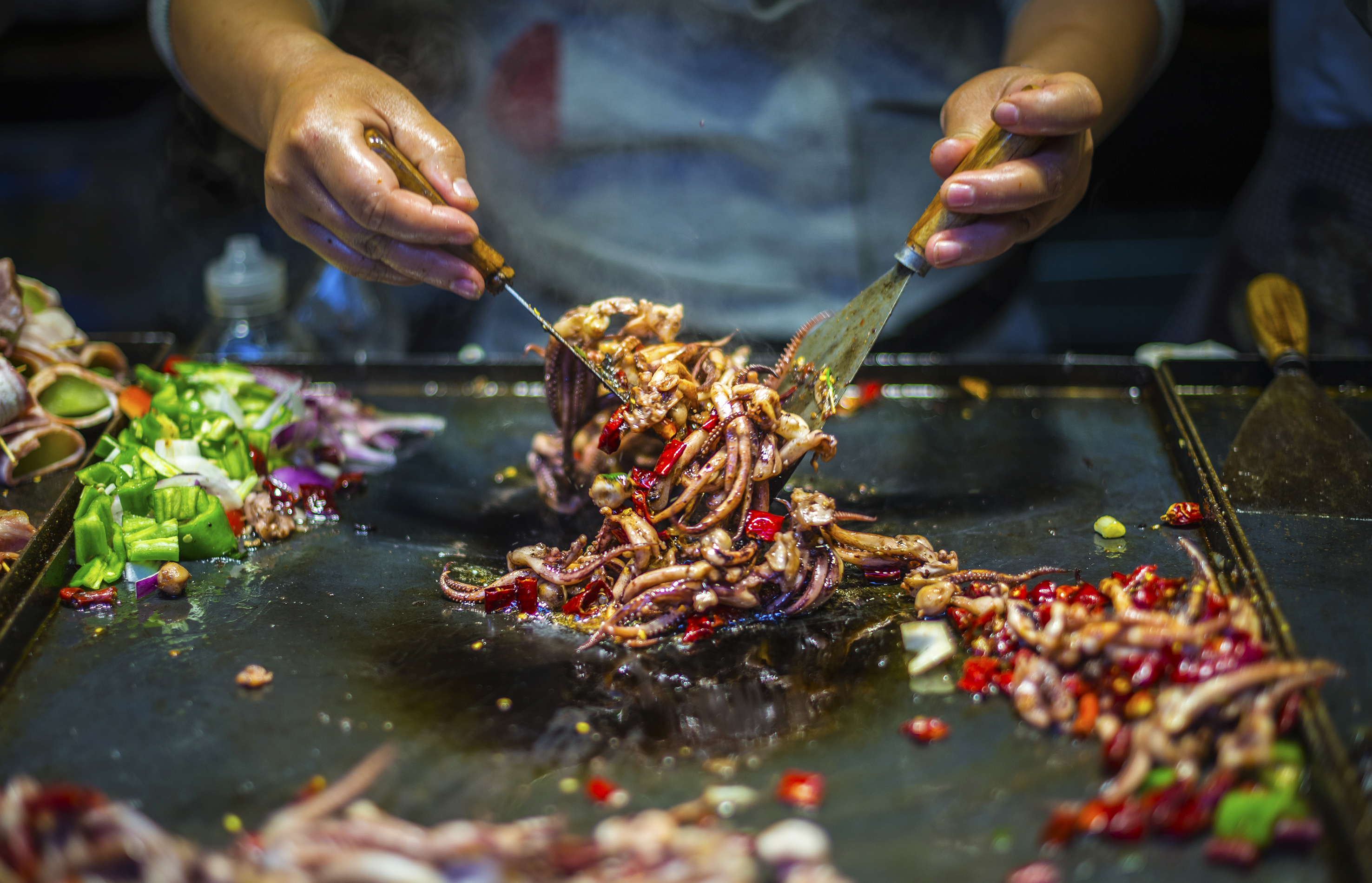 EPTAPYRGIO FESTIVAL: A NEW CELEBRATION OF CULTURE AND SPIRIT IN THESSALONIKI

what our clients say about us

Best trip we have ever had. Solon made sure we have unforgettable moments. He planned everything for us, took us to hidden gems, extraordinary nature spots and even took care of photos and everything. All that was left to us was to enjoy the day. Do not miss!
Nofar Ziv 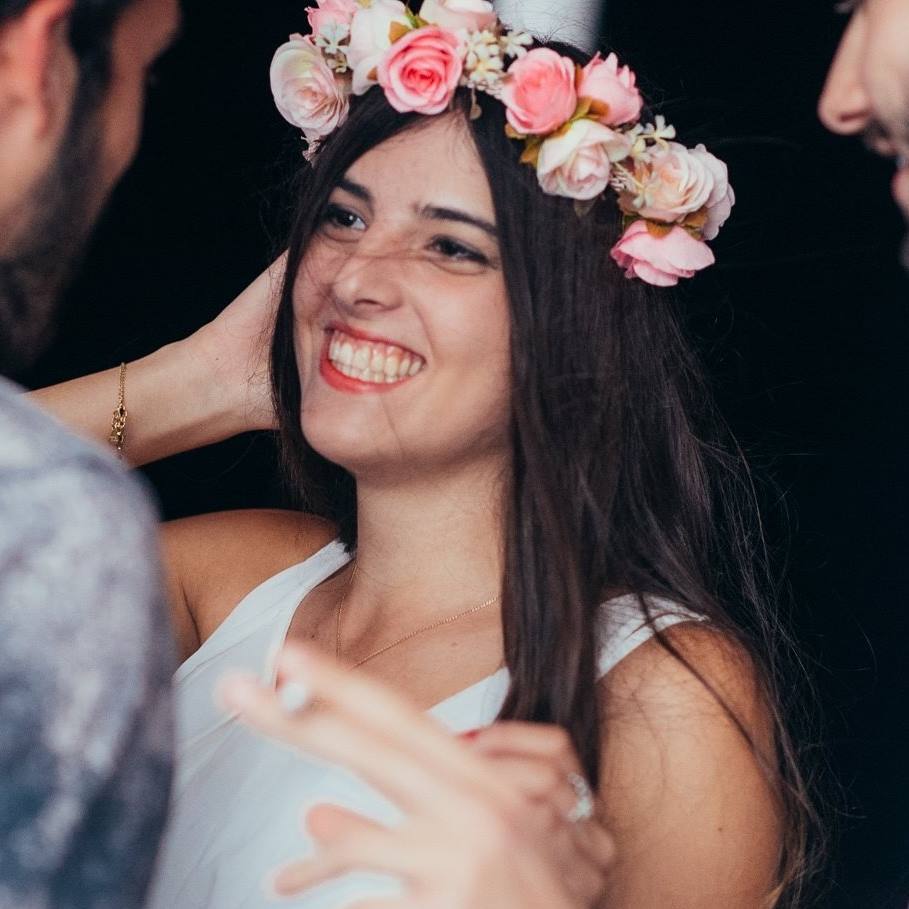 In the region of Thessaly, a capital city lies surrounded by lush valleys, and some of the most imposing mountains in Greece.

Larissa, with a population of approximately 130,000 residents, is a city where ancient history and long tradition in agriculture meet the modern way of living. To the north and east, Kamvounia mountains, Titaros, Olympus (with the highest mountain peak in Greece reaching 2,917m.), Ossa (or Kissavos) and Mavrovouni form a natural enclave. Here the micro-climatic conditions create an ideal wild life habitat.

The soil of the area is also exceptionally fertile: cotton, grains, watermelon, melon, tobacco, vegetables, wine and tsipouro are only some of this land’s agricultural products. Larissa is also the centre of the economic activity in Thessaly with an ongoing development in industry, as well as the service sector.

Since we are here, let’s go on a walking tour to get to know the city better. Point of departure will be the acropolis on the hill of Agios Ahillios (Saint Achilles, the patron saint of the city), a location which has been continuously inhabited since the Neolithic period. During the Classical period it constituted the citadel of Larissa.

A fortress was also built here by the Byzantines during the early years of their empire. Today, only the 15th century Turkish market survives, constructed with the remains of older structures. On the southern slope of the hill we can visit the ruins of the ancient theatre. In close proximity to this theatre, was recently discovered a smaller one, which is also of great archaeological importance.

On the top of this hill, amongst the old monuments, Larisians build their day-to-day life. This is the city’s most idyllic spot to take leisurely walks, and to enjoy the traditional Thessalian cuisine. A great variety of delicious meat dishes, a collection of the best Greek cheeses, wine and thessaliko tsipouro (tripouro from Thessaly) are served to you in tavernas, and “mezedopoleia” (where wide range of mezedes, little plates of food, are served). Drink a cappuccino, or taste the various types of coffees offered at the modern cafes of the city.

Walk all the way to Larissa’s busy commercial centre, which is developed in an extensive network of pedestrianized streets. Go out on a late-night, or morning shopping; shop for you, your family, or your home, and stroll slowly around the city-centre. Combine your shopping experience with a visit to the Archaeological museum, or the Historical & Folk Art museum and the Municipal Library, or attend painting and sculpture exhibitions at the Municipal Art Gallery. When night sets in, enjoy musical concerts, or theatrical plays staged by the famous Thessalian Theatre, and discover the city’s bursting night-life in its numerous bars, night clubs, and interesting music scenes.

But that’s not all. Spend a whole day exploring more beautiful spots of the city: the Alkazar Park stretches along the Pinios (or Pineios) river. Take long walks across the river, surrounded by big, evergreen trees, or take mini-golf course, and rest near small, ornamental ponds. The park also hosts an outdoor theatre during the summertime. Pedal past the magnificent mansions that adorn the town’s streets, and explore “Papa’s Mill”, a renovated architectural complex, where the old warehouses were located. Finally, at the outskirts of the city, on the road to Tyrnavos, visit the monument of Hippocrates, the father of medicine, where the tomb of the great scientist was discovered in 1826.

7 Shops With The Most Delicious Sweets In Thessaloniki