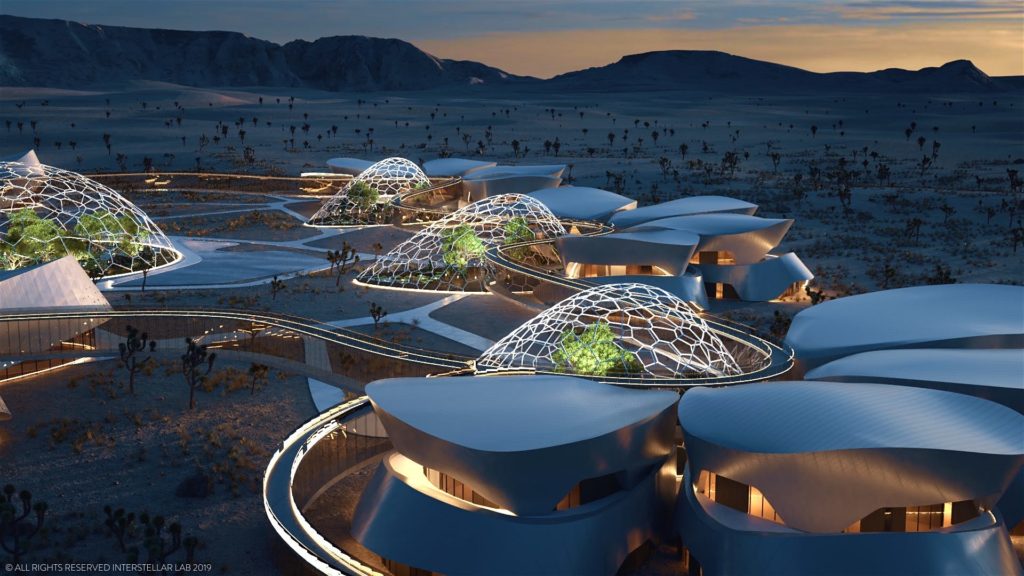 Project in the Mojave Desert
Travelers who are dreaming of one day getting to take part in space travel may not have to wait much longer. And the best part is they may not even have to leave this planet to do it.

In late 2019, Interstellar Lab, a Paris-based research studio, announced its plans to build the first space-inspired village. And it will do so right here on earth. More specifically, they plan to build it in the Mojave Desert in California.

Business Insider reported, the company plans to build what it calls an “Experimental Bioregenerative Station,” or EBIOS, in California’s Mojave Desert starting in 2021. The space village could be one day used to train astronauts for life on Mars, but it will also be available for tourists who want to experience the simulation for themselves, too.

“The two planets share a common ground,” Barbara Belvisi, the company’s CEO, shared in a statement to reporters. “What we need to bring on Mars for life is what we need to protect on Earth right now.”

The interstellar-inspired village will be made up of a network of self-sustaining biomes. Those biomes will each have a job including recycling water, growing food, and producing energy to sustain up to 100 people at a time.

And you really can trust the system as the team at Interstellar Lab worked with the experts at NASA to ensure their settlement really is space-ready.

It’s important to note that the idea is still in the development phase, however, Belvisi told Venture Beat she has identified four potential locations in the Mojave desert and is currently negotiating on a property. She said she expects to finish that process in February. Belvisi also said she still hasn’t settled on just how much the space experience would cost tourists but estimates it will be somewhere in the range of $3,000 and $6,000 per week.