A restaurant opposite the archaeological site of Vergina, with a neat hall and courtyard. It serves mainly meat, game in the winter and classic cooked dishes in the summer. Try lamb in oil-oregano sauce, wild boar, braised roe deer, venison or ostrich on the grill and pheasant stuffed with cheese. Good wine list with choices from the vineyard of Naoussa. In the summer, Filippion Restaurant works as self-service.

Worth to taste traditional homemade and local wseet called "Revani"

A Unesco World Heritage Monument and a region of particular natural beauty.

One of the most important archaeological discoveries of the 20th century.

The ancient site of Aigai or ‘goats’, the curiously named first capital of the kingdom of Macedon, lies on the southwest edge of the plain of Macedonia in Northern Greece, in the foothills of Mt Pieria.

Although there are open-air ruins, you have come here to see the extraordinary subterranean museum of Vergina and the tombs of the Macedonian dynasty.

Like everyone else, you enter the raised mound or tumulus through an ominously dark passage, leaving daylight behind, only to emerge in an open circular space where wonderful lighting illuminates some of the most extraordinary finds ever discovered.

You feel a bit like archaeologist Manolis Andronikos, when he unearthed treasures emblazoned with the golden star of Macedon and knew he had stumbled upon the untouched tomb of Philip II, father of Alexander the Great.

This shell was erected over the tombs and the other invaluable finds to protect them from the elements in 1997. They represent one of the most astonishing archaeological discoveries in 20th century Europe. 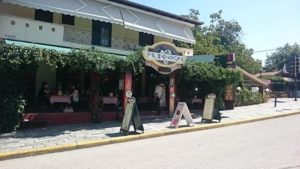 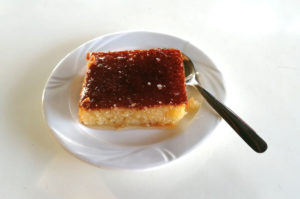 The Royal Spot in Vergina