Experience 8 hot spots of Thessaloniki on this classic sightseeing tour.
Get picked up at your hotel and drive to the White Tower, the main landmark of the city. From here, your driver will take you to the Archaeological Museum, Agia Sofia and Agios Dimitrios, the Byzantine church and its crypt. Climb up the hill to see the Byzantine castles. After descending the City walls, also known as the Acropolis, you will pass the Galerius Arch (Kamara), the Aristotelous Square, the Port of Thessaloniki, before finally returning to your hotel. Depending on your personal preference our local partner can also adjust a personal program just for you.

Let’s explore the City together! 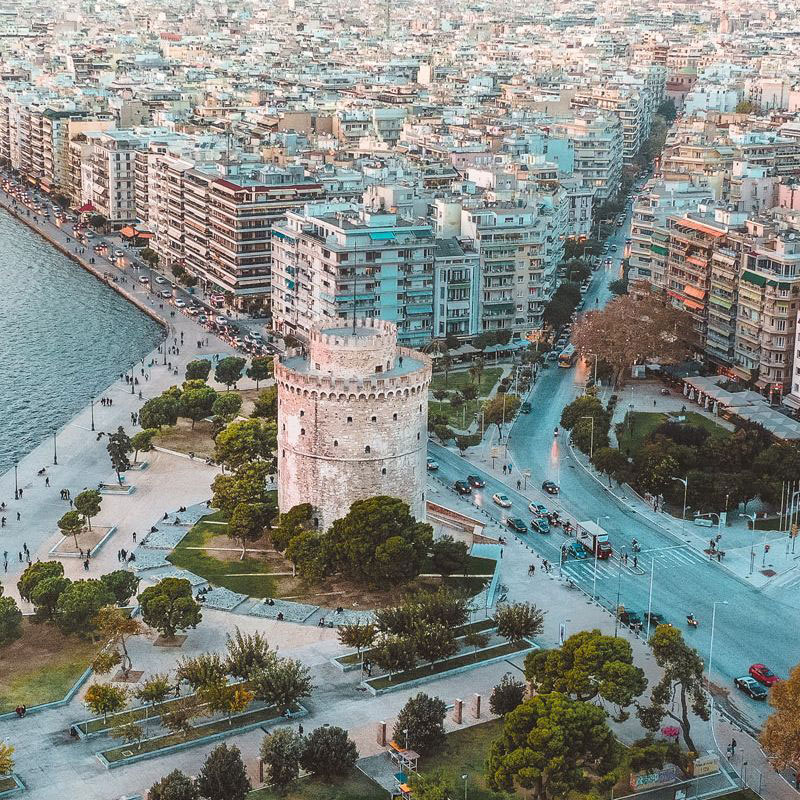