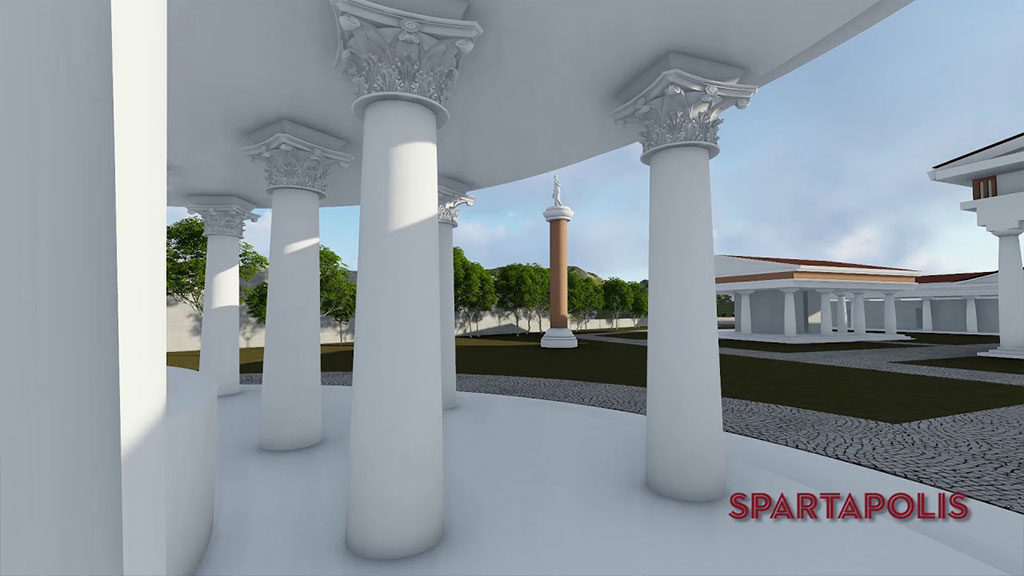 The preliminary study on the theme park Spartapolis, which is expected to change the city, was completed and delivered to the municipality of Sparta.

The park will be the representation of ancient Sparta, based on the descriptions of Pausanias.

According to the plan, in Spartapolis, the visitor can see and at the same time perceive the ancient city of Sparta and its everyday life.

The pre-project presents the identity of the project, reference is made to similar experiences of historical thematic parks, including its three-dimensional representation and video animation.

It is estimated that the theme park can attract 1 million visitors and is economically viable with a satisfactory return on the initial capital.

The preliminary study foresees the creation of a theme park proposed to be implemented on an area of ​​120 acres that the Municipality of Sparta has in the Karavas area.

The presentation features a video that focuses on the key points of the project for the Spatapolis theme park.

At the same time, the rapporteur, Vasilis Skrobelos, presented the model with the proposed building and other facilities (temples, market, theaters, monuments) and informed the city council that a committee has been set up by the municipality, which will take the necessary steps to find the potential investors.