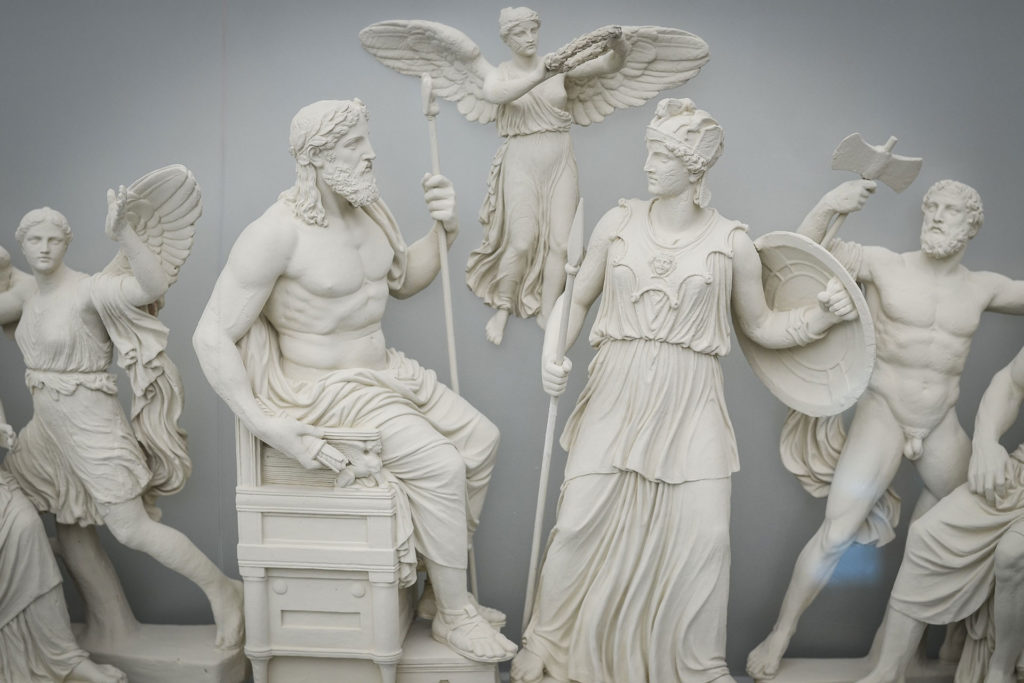 Placebo Events, in collaboration with TIF HELEXPO, created a respectful support team and with the scientific supervision of the well-known historian Thanos Veremis, have prepared a unique project about the Gods and myths of ancient Greece.

The magical world of ancient Greece will be presented through imposing imprints, 3D projections, guided tours, interactive acts and many other surprises. Everyone will be able to intelligently learn about the history and life of every God as it has been presented through the ancient texts.

A theme park of 2,100 square meters is being prepared at the Thessaloniki International Fair and will open its gates next autumn.

Technology meets the myth and together, for the first time in Greece, creates the most interesting and entertaining theme park at the Thessaloniki International Exhibition and Conference Center.

As described in the official announcement by the TIF:

“Olympos opens his gates and invites both young and old to admire the glory of Greek mythology close to a thematic spectacle of 2,100 square meters!

The main questions that are going to be examined are the following: