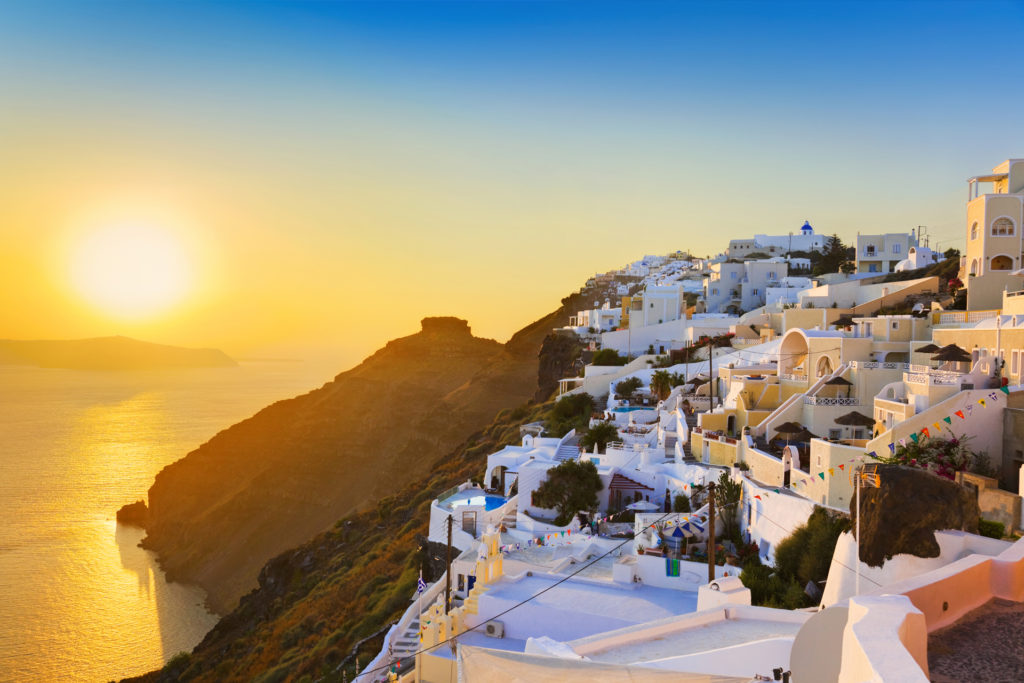 New distinctions concerning luxury tourism have been taken by our country.

In particular, Santorini was voted the “Best Island in Europe” by the readers of the US Global Traveller magazine. Addressed to high-ranking executives of companies that are used to traveling abroad.

The top ten of the best islands in the category include both Mykonos and Crete occupying the third and eighth place respectively.

The three Greek islands were distinguished in the context of the magazine’s annual “Leisure Life Style awards 2019”, which took place in New York.

“The fact that Santorini wins this award for the sixth consecutive year proves that our readers recognize the best when they see it. And the best is Santorini, which with its impressive landscape and the unique experiences it offers, is an irresistible holiday choice”. Frances Galager, Managing Director and publisher of Global Traveler said during the event.

In the top ten of the same competition, Greece was also found in Best Historical Attractions International and Mykonos in Best  Beaches category.

Greece has also found itself in the top ten of the most popular holiday destinations this summer. In line with the reservations already made by Americans and Canadians through the worldwide network of travel agents Virtuoso. The network consists of 1,000 tourist agents and 20,000 specialized tour operators in 50 countries around the world and specializes in luxury tourism.

As the Greek Tourism Organization notes in a related announcement. The American public prefers Greece much more than other strong competitors as it puts it in fifth place with Spain to be in eighth place. The United States remains the first