To Steki Tou Pavlara Restaurant is a traditional restaurant located at the center of the Florina city. Specialized in chicken food. Everything is homemade. you can enjoy perfect and tasteful meals with meat, seafood and fish.

The land of the lakes

The city of Florina experienced an outstanding cultural and economical uplift around 1893 due to its railway connection with Thessaloniki. This wealth is perfectly encapsulated in the eclectic early 20th century edifices. Start your tour around the city with a visit to the Archaeological Museum standing next to the Railway Station. One of the Station’s old buildings houses the Art Gallery that exhibits works of local artists. The landmark of the city is certainly its river, Sakoulevas, which one can walk along starting from Ioannou Arti Street. On the left bank of the river you can gaze at the Second Primary School, the House of Tegos Sapountzis (the first Mayor of the City, 1912), the workshops of two local artists, the Modern Art Museum and the House of Voyiatzis, where many scenes of Angelopoulos film “The Beekeeper” were filmed. On the opposite side still stands the three-storey “House of Peios”, one of the most impressive traditional mansions of Florina. Continue your tour at the Dikeosinis (meaning Justice) Square, adorned with well-preserved public buildings, the old prison and the Turkish Baths. If you want to rest a bit, choose one of the hive cafes of Melas Pedestrian Street to indulge in a coffee or a delicious local specialty.

Don’t leave without having bought some of Florina’s exquisite local products, such as Florina red peppers, Prespes beans, mountain tea, spoon sweets and knitted candles made from skillful local candle makers. Last but not least, the ski aficionados can slide down snowy slopes at the Vigla Ski Center at the village of Pisoderi (19 km far from Florina, at an altitude of 1.600-1900 m).

Note that all year round joyful events spread a festive alarm all over the city:

- Florina's Fires at midnight on December 23rd at Eroon square.
- The Revival of the "Barbaria" custom on New Year's Day.
- The "Leyistia" are held during the first ten days in August. 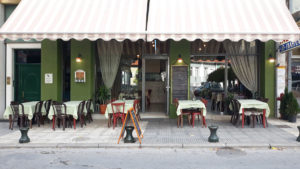 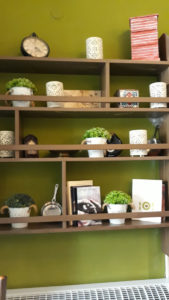 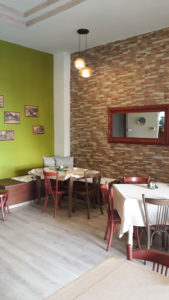 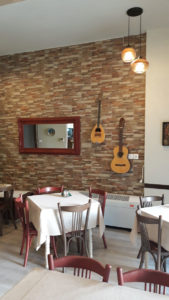 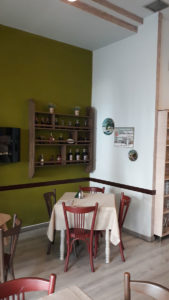 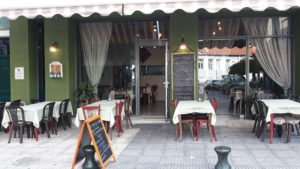