With wood and stone and the architecture of the place, Apokentro opened and is waiting for its visitors. Full of light and color, with a breathtaking view, it welcomes friends who prefer its unique flavors. Foods of traditional cuisine, made with pure raw materials. Accompany with good wine and let the eye wander on the snowy slopes. The wonderful and friendly service completes the magic of the place.

Metsovo is one of the most famous traditional villages in Greece mostly because of their unique and colorful hand woven textiles, products of centuries of shepherding by the Vlach population that still inhabits the town, which they call Amintziou. An important town if the 17th and 18th centuries due to its location on the main pathways between northern and southern Greece, Metsovo supplied the wool not only to Ioannina and nearby villages but throughout the Balkans and even north Africa.

Maybe Metsovo was not on your list of places to visit on the Greek mainland. Not that you had heard anything bad about it. Maybe you heard next to nothing about it except it was a Vlach town, and you was not even exactly sure what a Vlach was.

More reasons to list Metsovo as a must visit place
Wonderful Museums
The divinely preserved traditional character of Metsovo must be attributed to the wonderful locals who have a great passion for their age-old history. In the heart of Metsovo there are two spectacular museums, the Averoff Museum of Neohellenic Art and the Folk Art Museum.

A delightful gastronomic experience at Katogi Averoff
The wine cultivation blossomed in the region thanks to the efforts and vision of Evangelos Averoff-Tossizza. In the late 1950s the late visionary planted his first Cabernet Sauvignon vines in Greece, right here on the abandoned slopes of Pindus mountains.

Savor local cheeses
Cheese production is one of Metsovo’s main industries. Metsovone, a semi-hard smoked cheese produced in the region has been under the PDO (Protected Designation of Origin) since 1996. Made from a mixture of cow’s and goat’s milk it is left to age for three months after which it is exposed to smoke of burning grass and herbs which burn naturally for 12 days. This process gives the cheese a fine yellow color and distinctive taste.

Enjoy a delightful meal in one of the local tavernas
The region of Epirus heavily relies on livestock farming, thus its cuisine entails delicious meats and plenty of dairy products. The mountains are full of wild greens and mushrooms, which are used to prepare hearty dishes. Goat and sheep cooked with wild greens is also a staple recipe of the region of Epirus. Apokentro Traditional Tavern

Learn how to make a traditional pie
In the earlier years when the region relied heavily on farming and the economy was scarce, each household had to maximize the use of their ingredients. Nothing went to waste and this is when the making of local pies came in place and were a creative way to feed the family. As a result there were various types of tyropites (cheese pies) which consisted of different kinds of cheese fillings and hortopites, based on fillings of wild greens.

Visit Lake Aoos
The artificial Aoos Springs Lake which was initially built to produce electric energy has become a vital part of the region’s biotype. Located 20 kilometers from Metsovo, at an altitude of 1300 meters, the landscape surrounding Lake Aoos varies each season. In winter the lake is surrounded by white mountain peaks and in the summer nature blossoms in the most spectacular way. The lake makes for a wonderful retreat during the warm summer months.

Go skiing at the Anilio Ski Resort
If you think that Greece is only famous for the sun and sea, then think again. Greece’s rugged mountainous landscape is dotted with excellent ski resorts. One of the country’s newest ski resorts is located in the region of Epirus. The Anilio Metsovo Ski Resort is situated less than a 20-minute drive from Metsovo. This new ski resort features ski runs for all levels of difficulty. There is a total of 5 lifts (including baby lifts) and 13 slopes ideal for skiing and snowboarding. 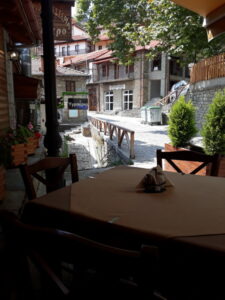 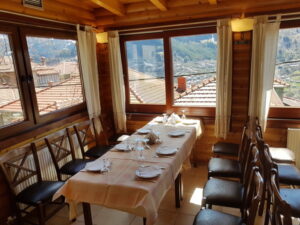 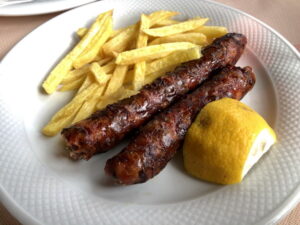 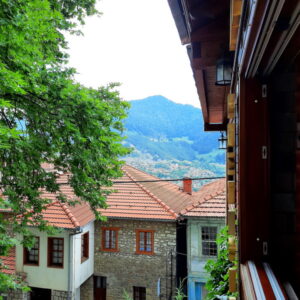 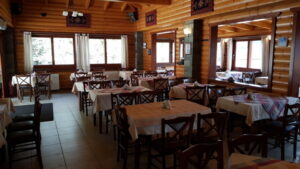 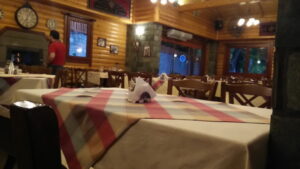 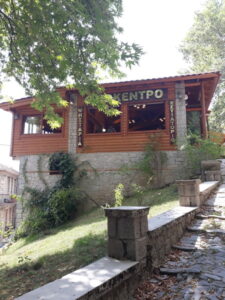 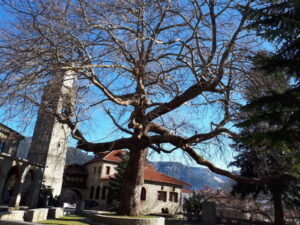 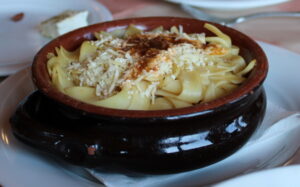 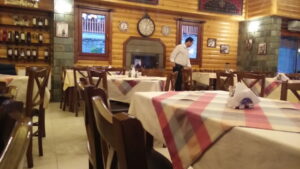 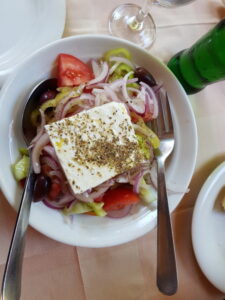 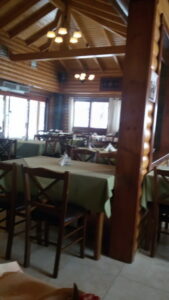 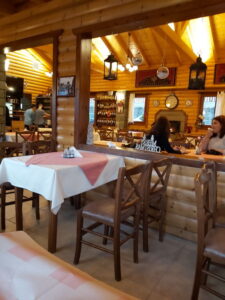 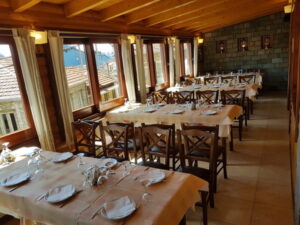 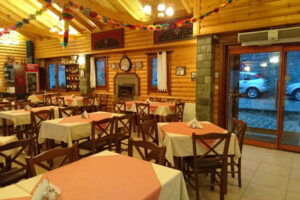 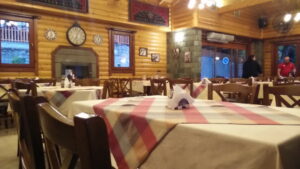 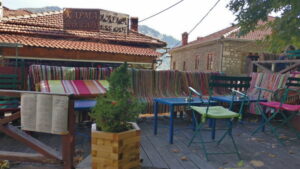 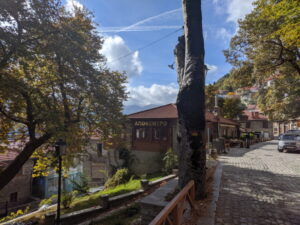 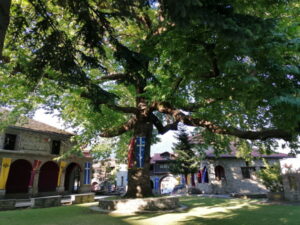 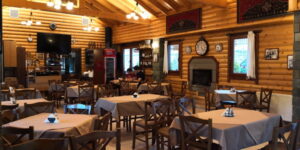 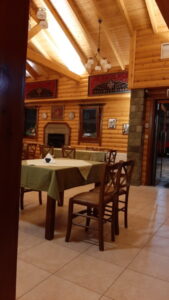 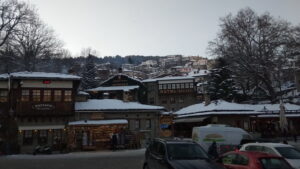 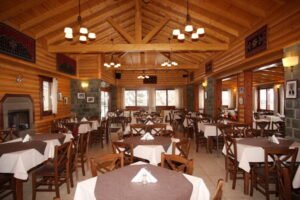 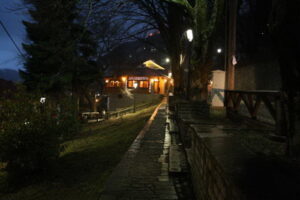 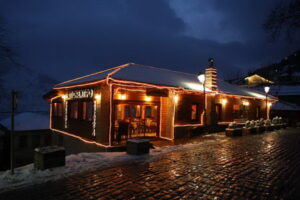