Tsarouhas Coiffure is a modern hairdressing salon that is addressed to men and women and aims at offering the highest quality services in both classic haircuts and modern ones.

Here at Tsarouhas Coiffure, trend and tradition are combined to provide each of our guests with a unique and luxurious salon experience.

Tsarouhas Coiffure
Main feature of the work here is the way and the technique by which we create a haircut. The whole idea began 20 years ago, by the owner Anastasios Tsarouhas. At that time he started his own high quality business and soon became a successful business owner. As a hair salon owner he wants to satisfy his customers’ hairstyling needs – from hair coloring, perming, lengthening, doing make-overs, and more – with the use of environment – friendly products and practices.

Tsarouhas Coiffure
Our team welcomes everyday men and women of all ages, who trust them in order to highlight their style and appearance. The customer of the shop can enjoy a set of services, from haircut and traditional shaving as well as to give shape to his beard or to do specialized therapies.

The hairdresser who... Loved the celebrities in Thessaloniki

Most PAOK players, many famous singers, shipowners and businessmen visit the hairdresser’ s salon at Komninon Street, in the area of Kalamaria. Anastasios Tsarouhas is the personal hairdresser of many famous people. Together with his team are the most capable and trendy "hands" in the city of Thessaloniki.

Within 20 years Anastasios Tsarouhas have won 7 cups in hairdressing competitions. Lots of customers are famous artists. His colleagues show Tasos respect, since he is one of the best in the art of haircut and styling. By his talent and own personal signature Anastasios manages to highlight the aesthetics and personality of each of clients.

Tsarouhas Coiffure
In the past he worked as a cameraman and sound engineer for MEGA channel, SKAI and ΑNt1. After he went to a hairdressing school in order to learn the specific art. Thanks to his talent from the very first year he participated in a competition and immediately he conquered the 2nd position. "My mother was a hairdresser. I got into the business a coward, using the lower floor of my mother's salon.

The Games that life plays…

At the time that he followed the hair salon school, he worked at the hairdresser salon of his mother. He soon managed to leave his mother's hairdresser salon and opened his first salon, but nothing was easy. He worked from 9 a.m. until 9 pm and then he was visiting the nightclubs of the city in order to offer his haircut and styling services to the artists.

He remembers that: “there were some difficult nights, since I had to visit 7night clubs and offer my services to 10 singers in the very same evening”. But that's how he managed after two years  to buy his own salon place. The new shop has a unique, trendy style and design. Tasos was inspired from a salon in Holland.

How he started cooperating with famous singers

Anastasios is the one of the first hairdressers who was inspired and established to comb the singers before they went up on stage. It all started an evening of 1998, when his friend and singer Thodoris Ferris, led him to the dressing room of Dimitris Chrysohoidis. With this acquaintance began his career as the favorite hairdresser of famous artists. Panos Kiamos, Dimitris Chrysohoidis, Nikos Vertis, Makris, Kyprianidis and many others. He believes that he owes a big “thank you” to Dimitris Chrysochoidis, as he was the first to trust him and helped him in his career. Chrysochoidis also introduced him to Antonis Remos.

He believes that the trump card is his friendly contact with all the people and the ability to win his partner. This is also an important characteristic that makes all the artists to show him trust. "Reaching the top is the easiest thing. The hardest is to keep yourself at the top. I deal with all the kinds of people. Even with my clients who are not famous, because they can be a little awkward, I might get a little more involved with them. For me it does not  matter if someone is a shipowner, a singer, or a footballer. For me all the people that visit my salon are all the same, since they all appreciate me."

Relationship of Anastasios with the famous singer Antonis Remos

Start cooperating with Antonis Remos since 1999. They have a very good relationship and Remos is inviting Anastasios in almost all of his shows. For the last two years Anastasios  has been going to Athens, once a month, when Antonis Remos needs a haircut. "I had to go by plane, give a haircut to my friend Antonis and returning straight back, because I was very busy in Thessaloniki".

With most singers-clients he maintains friendly relations.

The son of PAOK's president, Ivan Savvidis, is visiting the same salon.

PAOK football players all come here. "If you pick a player from a team and present the specific haicut to the locker room, the others will see it.  If he has made the best comments for you, then the others will follow. The first one to come was Okkas. Recently. A great start was made with Stefanos Athanasiadis, who came and then brought the other players who are his friends. Constantinides, Pelkas, Glykos, Kitsiou, Charisis , Koulouris, Malezas, Tzavelas come to the hairdresser. If I'm forgetting someone right now I'm asking for an apology".

The successful hairdresser from Thessaloniki proves once again that nothing happens in life by accident. He never stops searching, traveling to see new things, and he is attending seminars very often. He now also delivers several seminars to his colleagues. So far he has conquered 7 cups, participating in Balkan, panEuropean and nationwide races, conquering first and second positions. Today he states more shy than when he started, but at the same time he is proud of his creations.

For the continuous success of his salon he believes that what makes exceptional himself and his team is the experience and the honesty. "I am in my shop and I running to provide the best services, even more than my employees, because that's just how it's supposed to be. Our details stand out between us, we hunt each other but well-intentioned. I don't have the fear when someone named Simon or George comes to have a haircut. I'm not saying I'm going to do the job because I'm the Tsarouchas. We are all a team." 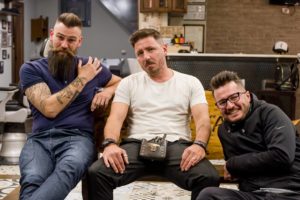 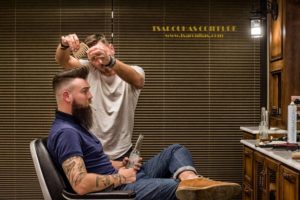 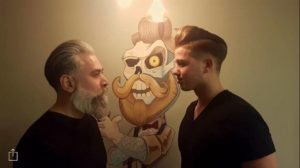 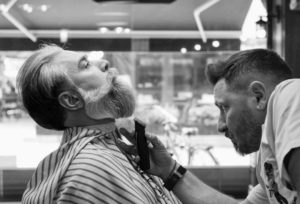 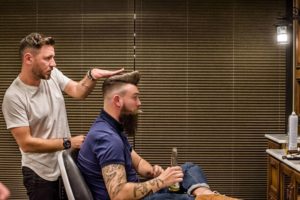 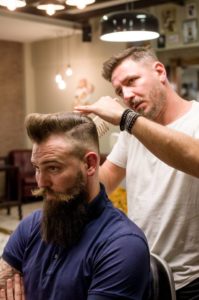 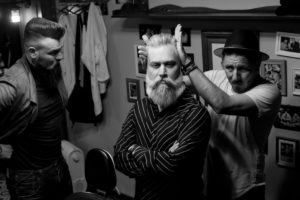 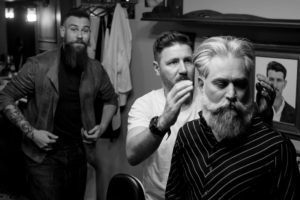 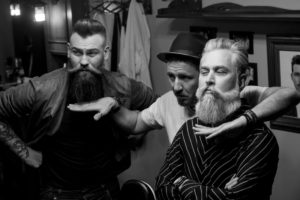 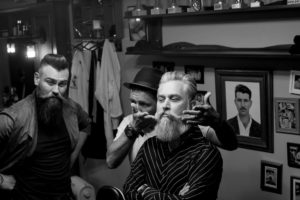 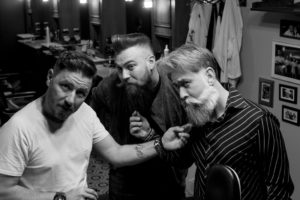 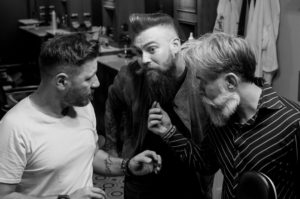 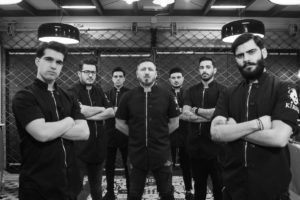 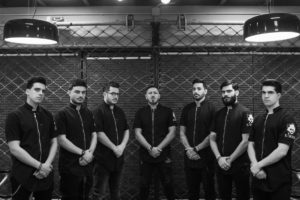 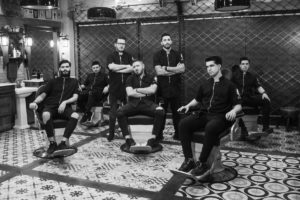 This is a men's world