Fish Tavern by the sea!

The Tzitzikas Tavern is located in the beautiful location of Porto Koufo, in Halkidiki. Come and enjoy our specialties and relax in the tavern's open area, whilst gazing at the wonderful view.

We are a family business and we have two restaurants (one old and one new) and we have 60 years experience in serving our customers! We serve traditional Greek cuisine using the finest and freshest local produce. We have a great variety of fish, seafood, grilled and cooked food.

Tzitzikas Tavern
We also serve traditional dishes such as moussaka and souzoukakia, and we also have a vegetarian menu! Here you will enjoy homemade raki, wine and a wide variety of bottled wines of high quality! Come and try our excellent specialties such as lobster and prawns and we will offer you a tasty experience that will surely keep you unforgettable!

Porto Koufo is a bay whose bay is a natural small port from south to north. It is located in the Toroneos Gulf despite the south-western edge of Sithonia in Halkidiki. It belongs to the Municipality of Sithonia.

It is one of the safest bays and anchorages of Northern Greece, although although it is entering the west side of the peninsula (about 1.5 miles north-west of the peninsula of Drepano or Ampelos Cape) Then the bay rotates 90 degrees north to provide safe coverage in all times (winds). Its entrance is about one nautical mile, while its entrance, which extends between Cape Drestenava (north) and Pagona (south), reaches about 620 m.

Within the bay there are several smaller coves, most notably the cave and the cave "Goura", situated against the ruins of formerly large Turkish armies. The edges of the entrance are about 90 m tall and rocky. The first cove called "Korakas" is formed at the entrance to the north (on the left), between 2.5 meters and 9 meters deep. Shortly after the end of Antikkofos and at a distance of 2 steps, there is the cave Spilia From which BD is opened. The inner big bay. On the contrary NA. There is a small bay called Kantikioi.

It is noted that the entrance of Porto Koufo Bay, in distance from the sea, is inconspicuous. For this reason two beacons are on each side of the entrance. During the day the safe entrance is achieved by aligning the middle of the entrance with the Trikranos peak of Mount Athos. It is the "deaf port" of the ancient Greeks, as Thucydides mentions.

During the Second World War, it was used by the German submarines because of its strategic position, which provided both physical aerial coverage and direct access to the Aegean, while at the beginning of the bay on the Akra Anticoufou they had installed a gateway where it guarded the entrance Bay.

Nowadays, Porto Koufo's torch has been shaped like a small fishing port (shelter), but with a small facility for mooring small tourist yachts and yachts. 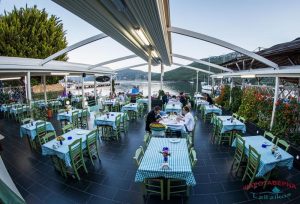 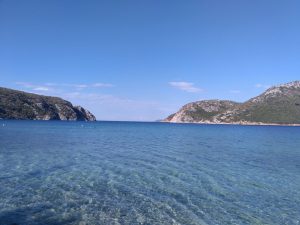 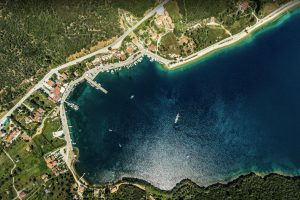 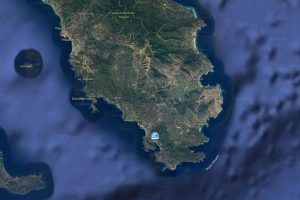 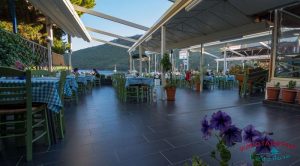 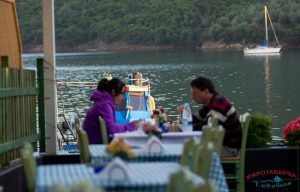 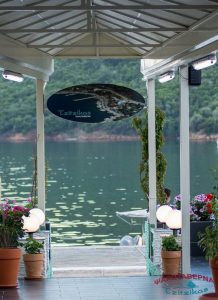 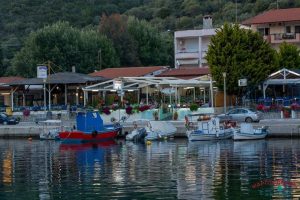 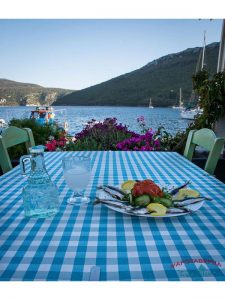 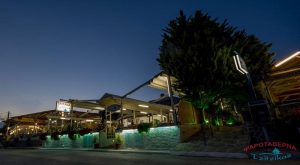 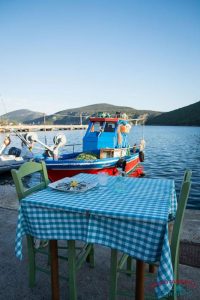 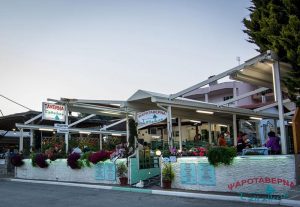 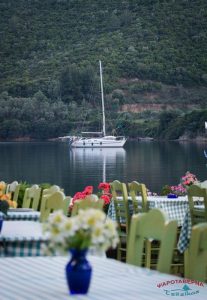 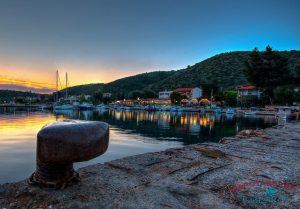 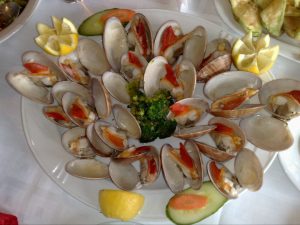 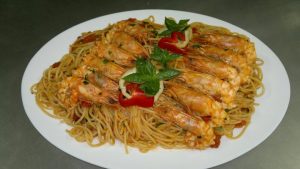 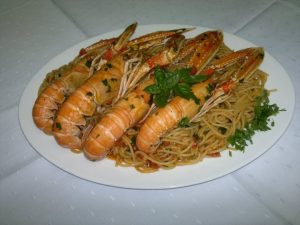 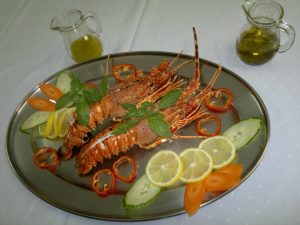 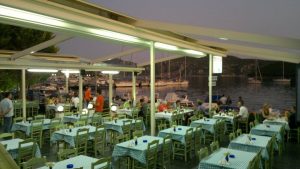