Old Town of Xanthi is a great attraction for tourists who come to eat at this restaurant after long walks. Greek cuisine is offered at Amaltheia. That's a good idea to order nicely cooked fish and tasty salads. Order good wine.

The knowledgeable staff demonstrates a high level of quality at this place. The enjoyable service is something these restaurateurs care about. Prices at this spot claim to be fair.

Mythology offers multiple explanations of the origin of the cornucopia. One of the best-known involves the birth and nurturance of the infant Zeus, who had to be hidden from his devouring father Kronus.

In a cave on Mount Ida on the island of Crete, baby Zeus was cared for and protected by a number of divine attendants, including the goat Amaltheia ("Nourishing Goddess"), who fed him with her milk.

The suckling future king of the gods had unusual abilities and strength, and in playing with his nursemaid accidentally broke off one of her horns, which then had the divine power to provide unending nourishment, as the foster mother had to the god.

Xanthi, the noble Lady of Thrace Amphitheatrically built on the foot of Rodopi mountain chain, Xanthi is located in Thrace (Northern Greece), the crossroads of the Black Sea and the Aegean, Europe and Asia.

Kosynthos River divides the city into the west part, where the old and the modern town are located, and the east part, the “Samakov district”, that boasts a rich natural environment. Both parts still preserve their traditional flair, mesmerizing visitors with their nobility and magnificence. The cobbled narrow streets of the Old Town are decorated by gorgeous mansions, whose architectural style is a marvelous blend of local and ottoman architecture as well as Greek Neoclassicism architectural style. Together with the Byzantine churches and the picturesque squares, the city’s Old Town could be said to be an open museum, the glory of which remains untouched through the years. The modern part of the city boasts a beautiful square with a Clock and the renovated tobacco warehouses including the famous “Π», on Kapnergaton str., which took its name from the shape of the 1890’s edifices. Don’t forget to visit the flea market with its distinctive local flavor taking places every Saturday at Zoagoras Square! 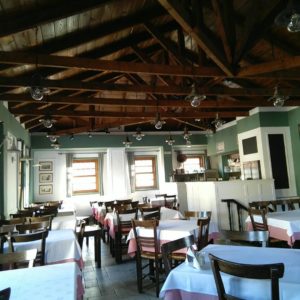 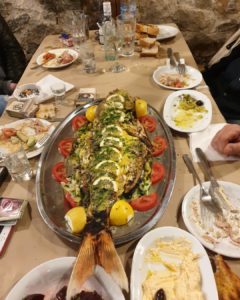 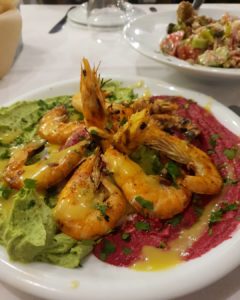 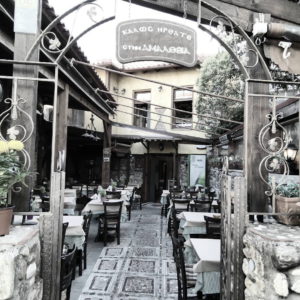